Cassidy Ball was named SCC’s 2022 Academic Excellence Award recipient. Her photo and essay written about her time as a student will be featured along with a student from each of the state’s 57 other community colleges on the state community college website.

In addition, she will be recognized during graduation in May.

An Associate in Arts student from Albemarle, Ball is a straight-A student who plans to transfer to Pembroke University next fall to study Business Administration and Management.
She serves as president of the SCC Student Government Association and is a member of the National Honor Society and Phi Beta Lambda, the college level of Future Business Leaders of America.

In her essay, Ball expressed, “At SCC, I have witnessed students and faculty work together and support one another. I feel I am a true example of what a community college can do for a student who is willing to seek academic success.” 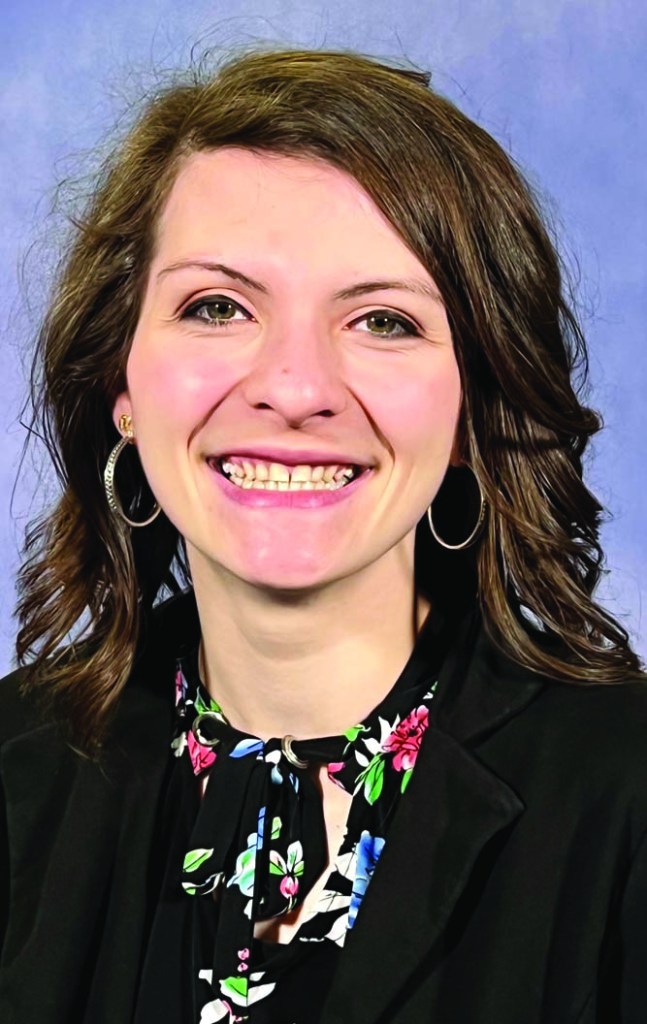 She also wrote that her long-term goal is to own a business in Stanly County so that her education will be an investment in the community.

Toby Neal is the local recipient and SCC nominee for the Governor Robert W. Scott Student Leadership Award. Scott served as governor from 1968-1972 and was president of the state Community College System from 1983-1995.

The award recognizes a student from each campus who provides exemplary campus leadership and service.

Neal is an Associate in Arts student from Mt. Pleasant. He is active in the campus Student Government Association and the Spectrum Club, an organization that builds awareness of student diversity. He is also a member of Phi Beta Lambda and serves as one of five state officers for the business and leadership organization. 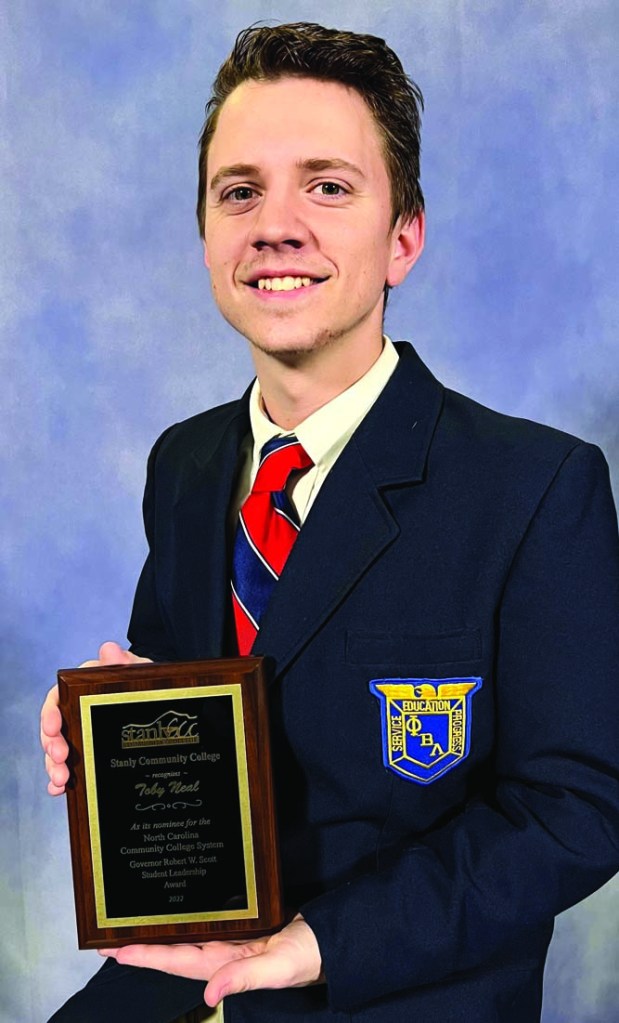 In his essay, Neal shared, “My time at SCC has pushed me to be a better student and a stronger leader. I have learned so much about leading by example and the importance of being willing to help others.”

Monica Chang, a 2000 graduate, received the Dallas Herring Achievement Award. Herring, the chair of the state Board of Education in 1963, is considered the “father” of the North Carolina Community College System. 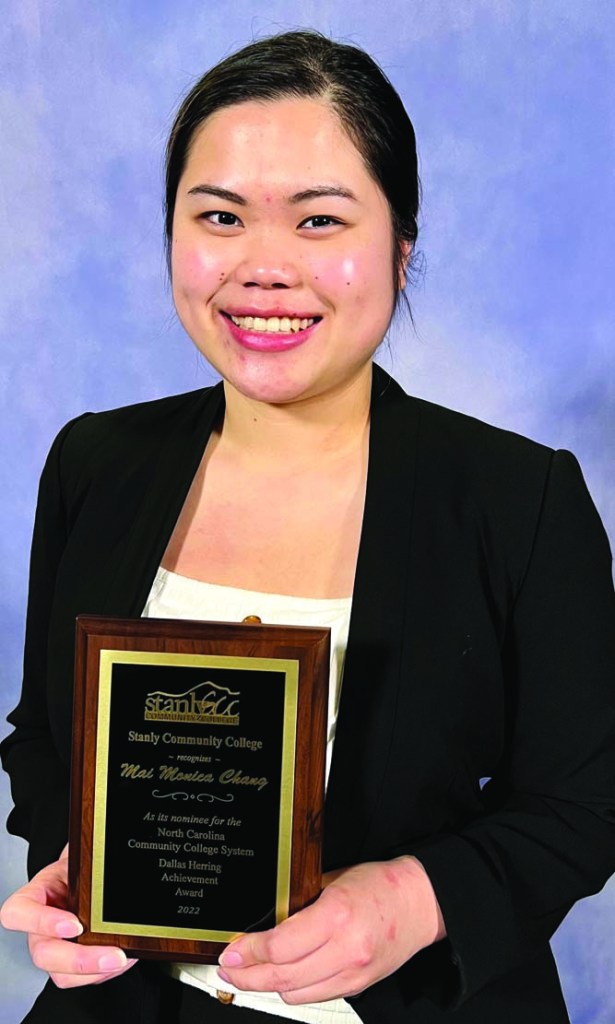 The award recognizes his philosophy of the colleges taking students at whatever level they enter and providing them with the skills to be successful in the workforce.
Chang was born in the United States after her grandfather moved his family from Vietnam to California. Her mother later moved to North Carolina.

“As an extremely shy young person, I enrolled in the Stanly Early College Program to get away from the larger number of students in my previous school,” Chang said. “I knew there was a stronger person inside me, and it was Stanly Community College that brought the ‘real Monica’ to the surface!”

As her confidence grew, she became involved in SCC’s chapter of Phi Beta Lambda, serving two years as chapter president and a year as a PBL state officer. During that time, she led the chapter to state and national “Gold Seal Chapter” recognitions as well as state first place awards in the Local Chapter Annual Business Report competitive event.

“Although I first had to learn how to say the word ‘parliamentary,’ being a member of that first team taught me so much about working together and expressing my voice in a productive way,” Chang said. “I will never forget the feeling of knowing I helped that group succeed in the state competition. I remember standing on the national stage and thinking I wasn’t dreaming.”
Chang is now the marketing assistant for the City of Albemarle, working directly with the Economic Development Office and the Downtown Development Corporation.

Both Neal and Chang’s awards will be considered for state recognition presented by the Community College System Foundation.

“We are very proud of these award recipients,” said Dr. John Enamait, president of SCC. “Ms. Ball and Mr. Neal have had a tremendous impact on our campus through their academic success and their leadership roles in our student organizations. Ms. Chang reflects the purpose of SCC and the entire state system as we strive to provide the educational programs and leadership development opportunities that will allow students to become successful in the workplace and contributors to the local community. On behalf of our faculty and staff, it is my pleasure to congratulate them for these awards. They will represent us well at the state level.”