Editor’s Note: For coverage of the primary election, The Stanly News & Press sent questions to each group of candidates. We limited their responses to 200 words per answer. Answers appear as is, with the exception of editing for grammatical/spelling errors or length. This allows potential voters to see the candidates through their own words and gives equal opportunity for the candidates to respond. We gave candidates two weeks to email their answers back.

2. With several expensive projects having been proposed, such as a new 911 center, Sheriff’s Office and jail expansion (which may include a new building), which of these would you say is top priority and why? If other projects are more of a priority for you, what are those projects and why are they top priority? 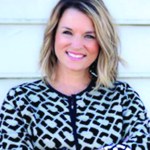 Crump: Our jail is definitely one project that ranks as one of the most pressing. There are 131 beds, but it’s out of compliance and overcapacity by 35-50 inmates monthly. Because of this, we must house inmates in neighboring county jails, costing us $75 per day opposed to $40 per day in our own facility. I understand that we spend at least $65,000 in excess of our own tax revenue to other counties because of this problem.

Additionally, we are seeing growth in the form of housing developments at a rate Stanly County has never seen before, and although growth is good, we are now running into serious problems with water and sewer being able to handle the demands of these new neighborhoods. We must be able to sustain the new growth.

More people also create a need for additional fire and safety personnel who should be paid at a competitive rate. Our county Sheriff’s Dept is currently working in an 8,000 square feet space when ideally, they need 25-30,000 square feet to help house evidence and to create working spaces for their personnel. For example, we have five sergeants sharing one office.

These should all be top priority.

Furr: The 911 Center is the number one priority. The safety and welfare of our citizens is mandatory. Ideally, a new facility will be built, with the current one operating as a backup. This would allow for uninterrupted service should an unexpected disaster occur. 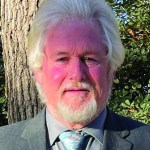 I am proud to have been part of the board of county commissioners who voted to begin the process to accomplish this.

Second, our volunteer fire departments are in dire need of new equipment and facility updates.

As more growth comes into our area, we must ensure that these much appreciated volunteers have what they need to keep our communities safe.

Unfortunately, the jail must be addressed due to overcrowding and the backlog through the court systems. The current jail has a maximum capacity of 131. As of today, the jail is maxed out and inmates are being held outside the county. 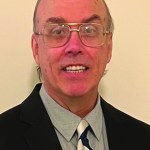 Warren: Most imperative for capital outlay projects is to listen to what the other county commissioners, county manager, county department heads, county employees and most importantly, the citizens of Stanly County want, discuss with them and together adopt a priority list and funding for it for each fiscal year budget including a 5-10 years capital outlay plan which could be modified each year with no property tax increase.

Economic development that brings good jobs to Stanly County so that our residents can work here locally, in occupations that are well paid with good benefits in a desirable working environment, jobs that will be here for many years to come, jobs with a future.

The airport is a strong economic driver and we should help facilitate economic development activity there.

Provide water and sewer services to residents who want them in a planned economically feasible time frame that the county and the residents can afford. 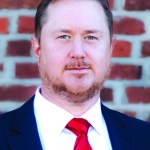 Greene: Greene: We spend anywhere from $40,000 to $75,000 per month to house inmates in jails outside of Stanly County. None of us want criminals released on the street, so it boils down to a decision on the financial viability of the facility buildout versus paying other counties.

However, I believe staffing issues, along with competitive pay for deputies, is a topic we should address ahead of any capital expenditures. What good is a jail with no jailers to operate it?

With just this one example, does the airport benefit all citizens of the county? Could $275,000 be used to address competitive pay for law enforcement, EMS and fire? Would the $275,000 be better spent ensuring our kids get a solid education (both college prep and trade prep) thereby lessening the likelihood they wind up in the criminal justice system?

I think we need to perform a deep analysis of every group funded by Stanly County tax dollars and ask the difficult questions.

Haigler: The county has several priority projects. The jail is at the top of the list. Due to state and federal guidelines, we have to increase capacity of the jail. We are currently paying other counties and agencies to house some inmates. 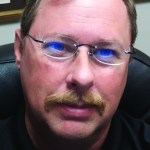 Jail overcrowding leads to more violence, rapid spread of disease such as Covid and flu and could result in state or federal fines and mandates. Releasing repeat offenders due to overcapacity will do nothing to solve our crime issue.

Both the current Sheriff’s Office and 911 center are located in buildings or areas that were not originally built for that purpose and are obsolete. Both are in dire need of new facilities to meet today’s needs. Our primary services and their proper function are directly tied to our quality of life.

Fire, law enforcement, EMS and 911 needs are something we must address now or it will cost more than money down the road. 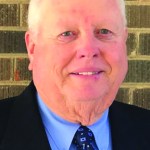 Barbee: They are so many important areas that need to be addressed that you can’t just focus on one, each has its own pressing concerns and you have to put the taxpayers first and make sure their money is spent correctly and not waisted. Overcrowding of jail is costing taxpayers over $500,000 yearly housing prisoners in other county jails and we’ll probably be forced by state to act on this soon.

We are looking at all options here as well as 911 Center and Sheriff’s Office. We also have many donations on the proposed arena at the Agri-Civic Center and something needs to be done as costs keep rising.
All this and more keep popping up and need to be addressed. 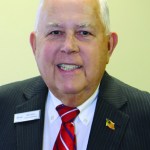 Lawhon: As our county continues to grow, so do our services.
We have a number of projects that are in process of planning and implementing. To name some that will be started this year is a new Sheriff’s Office. For future growth, our sheriff needs more space.

Currently some personnel share office space. We also need more space for evidence to be stored. Our current office can be used for magistrate office space.

Another project is the livestock arena which will provide our agricultural community space for livestock programs. This project will be funded by public and private funds.

We also need a new facility and equipment for our 911 center.

We have plans for a new trade center to be built for Stanly Community College. This will allow technical students to learn more skills that are not being offered now.

Our county has good fund balances and a good credit rating. We will seek grants whenever they are available. Our county has the capacity to borrow money for these projects, staying in acceptable margins as required by the state.

Ledbetter: To me, a top priority would be the expansion of the Sherriff’s Office and the possibility of a new jail facility. The safety of the people of Stanly County is of the upmost importance. 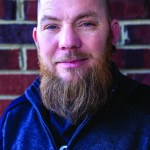 Upon expanding the Sherriff’s Office and the jail, you now increase the need for more people to fulfill those positions. This in return, will increase job growth throughout the county.

Also, as a resident of the county who has a nonfunctional family campground, I see a need for helping get new businesses up and running. With all the red tape that an individual goes through to start a new project or revive an existing project, I think there needs to be some changes to how things are handled.

This in return could help bring in new families to the county as well bring in tourist.

Of course, there are a plethora of other projects that need to be looked at as well.

Townsend: With the housing developments already approved by the current commissioners and municipalities, we know there will be increased crime. The Sheriff and DA have stated that we are paying other counties $78,000 monthly to house prisoners we have no room to house. 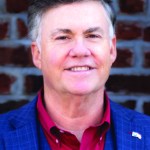 This is a wasted expenditure of taxpayer dollars and building a new jail facility and incorporating a juvenile detention unit that can be a source of income should be one of our priorities.

There are other needs that also must be addressed such as upgraded and increased infrastructure to meet the needs of citizens already living in Stanly County as well as future business and industry. This includes looking for ways to bring pay for firefighters, EMS, law enforcement and teachers to an attractive level so we can recruit personnel without increasing property taxes on those already living in Stanly County.

Another issue shortly facing our county with the increased housing and the students it brings, will be adequate school space. Whether vacant schools are renovated and upgraded or, if that cost is too high, new ones are built, is a decision that we as commissioners will certainly have to face sooner than later.

Jordan: They’re all a priority. 911 has needed an upgrade for a decade. The Sheriff’s Office was too small the day Crisco moved into it and probably before. Others just put off what needed to be done until it was someone else’s problem. Well, I’m glad to tackle those problems. That’s what I was elected for! 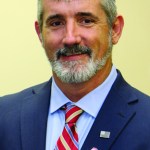 Getting the 911/EOC upgrade is supremely important to our ability to respond to crises as Stanly continues to grow. The sheriff’s office project is also underway, and we hope to have some progress by mid-2023 to share.

The Jail is another issue altogether. Before we commit to spending $30 million in taxpayer funds, I want to have a chance to address the issues we have with people being left sitting in jail longer that necessary. That’s a judiciary issue, not a sheriff’s issue. If the judiciary will fix the problem, maybe we don’t need a new jail. If they won’t, then we must build a new one and if we’re going to spend that kind of money then I want to build one that will generate revenue, not cost taxpayers money. There’s a lot of conversation to be had before that gets settled either way.

King: I believe the biggest issue facing the county today would be a staffing issue. With the staffing shortages we are facing today, it would be non-beneficial to build larger facilities when we can’t staff the facilities we currently have. If we can find the funds to erect such facilities, we should be able to first find the funds to be able to pay all county employees a fair and comparable salary to surrounding counties; this includes Sheriff’s Office and Jail, EMS, 911 and all teachers, just to name a few. 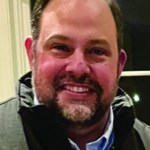 As far as our jail being over-crowded, I feel like this is an issue due to the Covid pandemic and the court being shut down for over a year. We must be patient and try to allow the state to process the backlog and correct the issue it created.

It is really sad to see all of the local teachers being grossly underpaid and still having to fund their own classrooms with needed supplies.

If we want to attract qualified professionals, we have to be competitive and support such positions. As a county, we lose employees at an alarming rate to surrounding counties that pay substantially more.

CLICK HERE FOR BRIEF BIOGRAPHICAL INFORMATION ON THE CANDIDATES.