The Hall Sisters to close out SCCA’s 73rd season Saturday 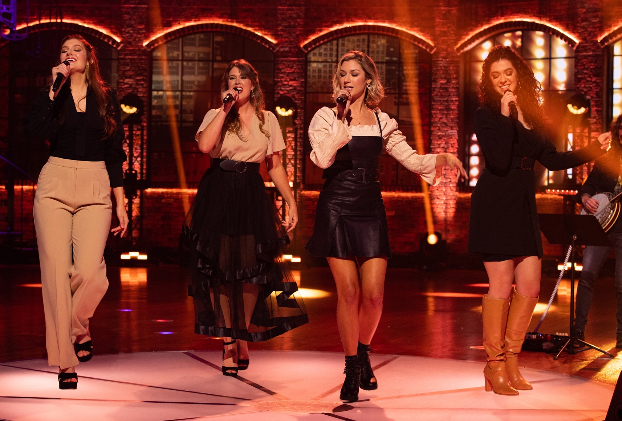 Following strong showings from a diverse slate of artists over the past several months, the Stanly County Concert Association will close out its 73rd season with four North Carolina sisters who have a wide range of musical talents.

Jessica, Natalie, Lydia and Valerie Hall — known as The Hall Sisters — are from Garner and will perform at 7:30 p.m. Saturday at the Agri-Civic Center.

Known for their blend of country and pop, the sisters have performed at The Grand Ole Opry, Carnegie Hall and the Country Music Hall of Fame since coming together as a group in 2014.

Originally set to perform two years ago before the COVID-19 pandemic arrived, the sisters remain committed to their date in Albemarle, even though the day before and after, they will be performing in Dollywood.

“That is what has just overwhelmed us, their sense of responsibility and following through,” said Charlotte Maness, president of the association.

The sisters did not necessarily grow up aspiring to become a musical group, but they always had talent — both with their ability to sing and play a variety of instruments.

“We did not grow up thinking that we would do music professionally, but we went to a music camp and they asked us to sing an a cappella song together, so we did and they told us to look into singing together,” said Jessica Hall, the eldest sister. Ranging from 22 to 28, each member of the group is two years apart from the next. 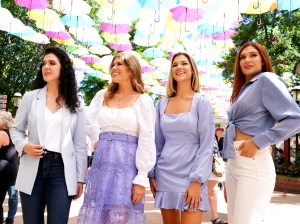 Jessica, Natalie, Lydia and Valerie Hall have been singing together as a group since 2014. Photo courtesy of Jessica Hall.

The sisters began taking singing lessons and learning to harmonize with each other in 2008 and moved to Nashville in 2012 to study in a conservatory before forming the group two years later. The Hall Sisters have released multiple CDs in recent years and continue to write and produce new material.

Since the sisters grew up appreciating such a wide range of styles, from 1940s Big Band to country to traditional Irish music, it can be hard for the group to easily define its style, Jessica said.

“The songs still span all different genres but they have our spin on it and it happens to land a little more on that country pop genre,” Jessica said.

While they have their own songs, the Hall Sisters will also perform several hits spanning various genres and generations including “Boogie Woogie Bugle Boy” by The Andrews Sisters, “Sailing” by Christopher Cross and “You’ve Got a Friend in Me” by Randy Newman, just to name a few.

“I hope they’re going to have fun,” she said. “That’s our whole goal. We want them to have just a really great time.”

The concert should last about an hour and a half and will feature a short intermission.

Tickets, which cost $20 for adults and $10 for students, can be purchased on SCCA’s website and are available in advance at the Agri-Civic Center.