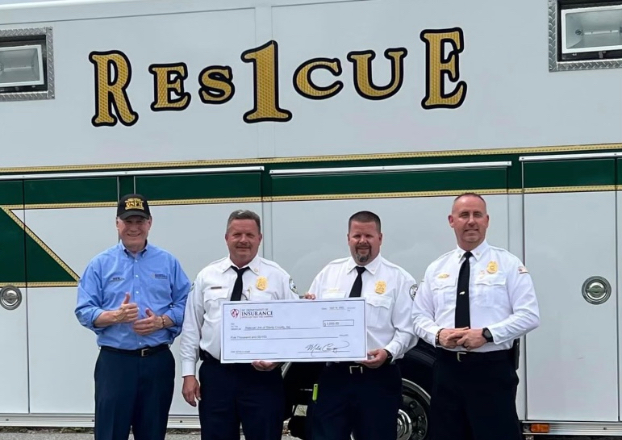 Rescue Unit of Stanly County will use a $5,000 gift to purchase new equipment.

“I’m very thankful,” Chief Chad Allen said. “We run a very tight budget at Stanly Rescue and so every little dollar that we get in helps greatly.”

Stanly Rescue plans to use the $5,000 to purchase new high and low angle rescue equipment, since some of its current equipment, including ropes, pulleys, harness and carabiners, has worn down and needs to be replaced.

Allen will purchase the new equipment from Mountain Tek and has received a quote of $5,455, which he plans to hand over to the board of directors for approval.

Stanly Rescue, comprised of about 35 volunteers and one part-time staff member, works to help people who have found themselves in precarious positions.

“If you had a person on Morrow Mountain on a real steep incline, we could set up a pulley system to help them get up the hill,” Allen said.

Allen said his Rescue unit likely appeared on the Department of Insurance’s radar because every year it applies for a 50/50 grant to purchase new materials.