The musicians showcased their talents for students, staff and guests of Pfeiffer University in the Henry Pfeiffer Chapel.

Known for his musicianship and colors, Gil has distinguished himself in a variety of ways nationally and internationally. Gil has been awarded and performed in Carnegie Hall in New York City, Musikverein in Vienna, Austria, Weggis, Switzerland, Winchester, England, Buenos Aires, Argentina, Lucknow, India and Santo Domingo, Dominican Republic for many competitions.

Gil has performed multiple times, as a soloist, with the Dominican Wind Orchestra and the National Symphony Youth Orchestra of Santo Domingo. 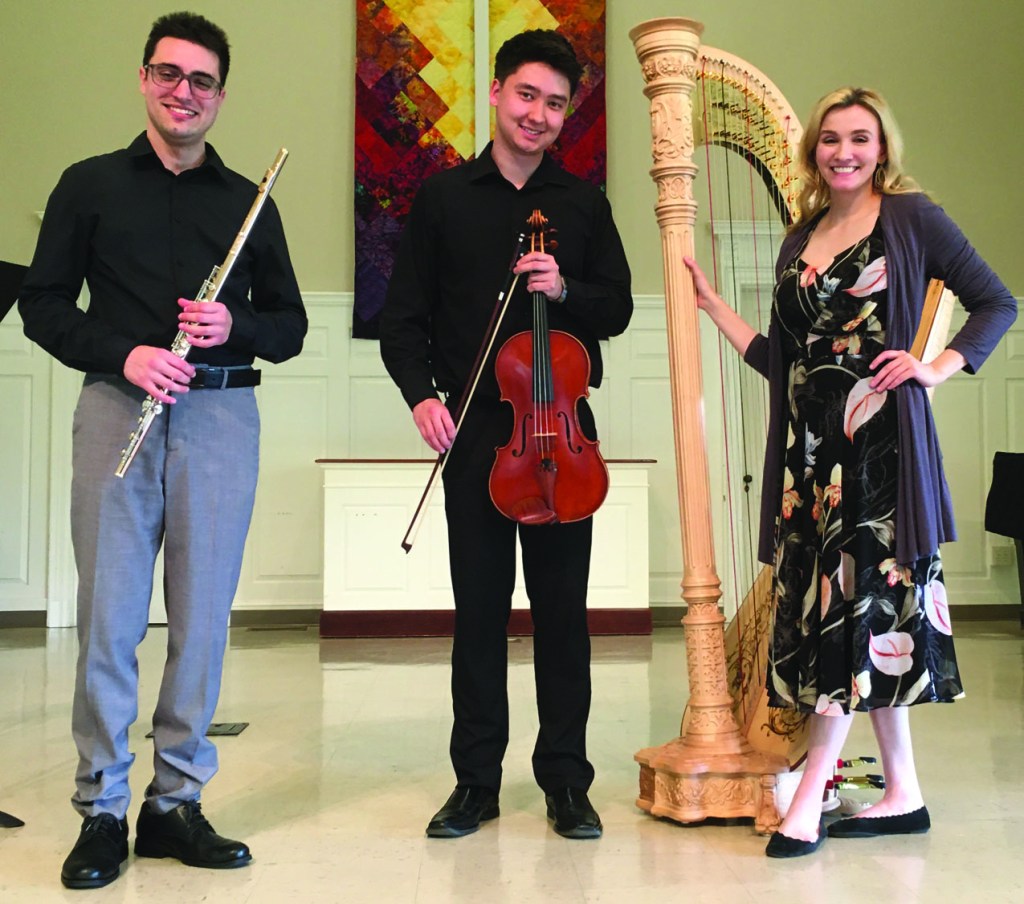 Smart is a violist from western North Carolina. He has worked with orchestras in the Winston-Salem, Raleigh-Durham and Charlotte areas. He has also played concerts in South Carolina and Virginia. In the last few months, he performed with internationally recognized artists such as Jan Vogler and Andrea Bocelli.

He serves as a public-school instructor through UNCSA’s ArtistCorps program. Through his service, he has found an interest in public service and community engagement through the arts.

Ludtke loves giving audiences a new impression of the harp and sharing its stories so its secrets are discovered. Ludtke has performed
throughout North America and Europe, including concerts at Carnegie Hall in New York City, St. George’s Church in London and Liben Castle in Prague, and has performed with the North Carolina Opera Orchestra and regional orchestras across the state.

In addition to her performance career, Ludtke is on the artistic teams of the American Harp Academy and North Carolina Harp Ensemble which believe in nurturing the artist within the harpist. These programs provide transformational learning and performance opportunities to harpists of all ages and skill levels nationwide. She earned degrees from Converse University (B.A. in Music) and Winthrop University (Master of Social Work). She is completing a master’s degree in harp performance at the University of North Carolina School of the Arts. Ludtke resides in Greensboro with her husband and children.