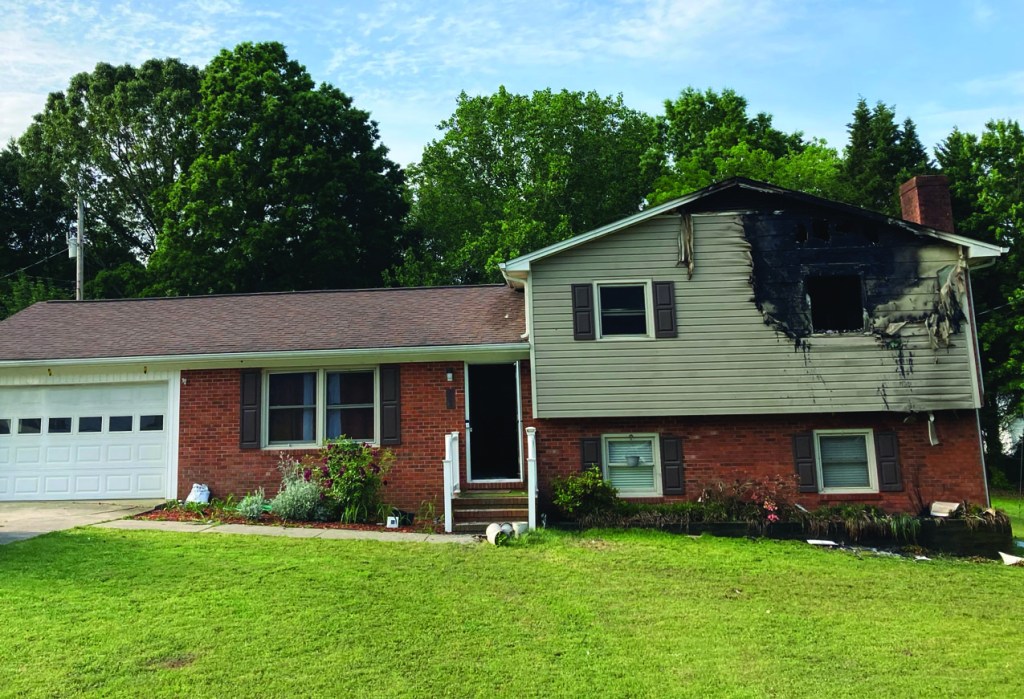 A fire began early Wednesday morning at this home on Fairfield Court in Albemarle. (Contributed)

Albemarle Fire Department officials are investigating a fire that broke out around 3:30 a.m. Wednesday.

Firefighters responded to a fire at a home in the 2200 block of Fairfield Court. Within minutes, firefighters were able to extinguish the flames, according to a press release.

The fire was contained to the second floor of the home. No injuries were reported.