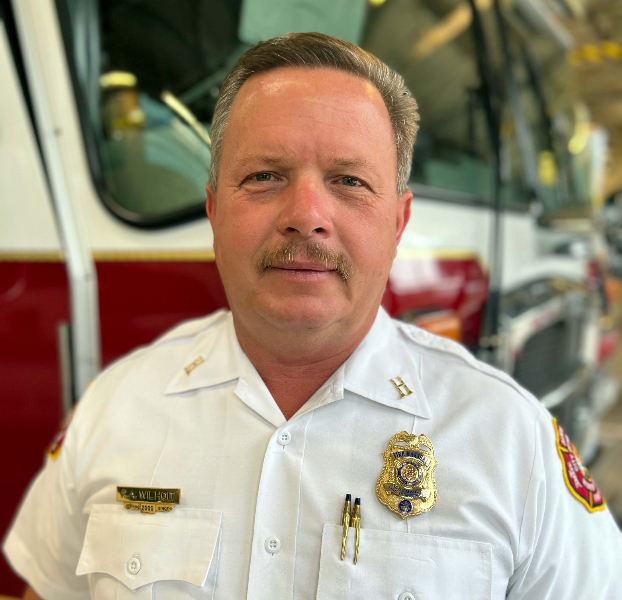 Robert Wilhoit became Albemarle’s interim fire marshal in March, after Michael Roark, who had served in the position for four years, took over as the county’s Emergency Services director.

After only a few months on the job, it was announced Wednesday morning that Wilhoit has officially become the city’s new fire marshal, according to the Albemarle Fire Department.

In addition to serving the Albemarle Fire Department, Wilhoit has served with Stanly County Rescue for the past 35 years, 14 years of which he was chief.

“I’m grateful for the opportunity to continue to serve the people of Albemarle. I’m looking forward to developing our City’s Fire Safety, Community Risk Reduction, and Fire Prevention programs,” Wilhoit said. “These programs play a key role in protecting the citizens and visitors of Albemarle.”

“Robert Wilhoit has the knowledge, skills, and abilities to perform at the level of expectations as fire marshal,” said Albemarle Fire Chief Pierre Brewton. “What gives Wilhoit the ability to exceed expectations is his love, care, passion and compassion for the people he works with and the community he serves. He is a living model of the type of people we want to hire, retain and serve the community as an ambassador for the City of Albemarle as defined in the city’s Leadership and Value Statement.”