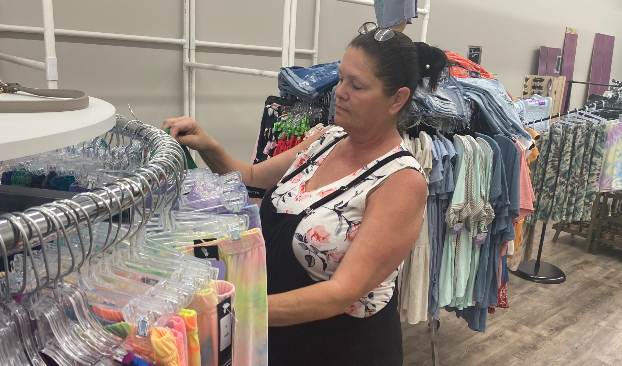 Shellie ODaniel is opening her second business in downtown Albemarle in the coming weeks with BoHo Goddess.

Following the successful opening in December of Local Boujuee, a boutique specializing in unique American-made products which she runs with her friend and business partner Josie Ferguson, Shellie ODaniel is about to open yet another business — this time catering to women in search of funky, casual clothing.

Taking inspiration from many sources, including bohemian culture, BoHo Goddess features a variety of colorful clothing options from rompers, jumpers and dresses to shorts and tie-dye outfits, along with accessories like jewelry, bath bombs, home decor items and sunglasses.

The clothing outlet, at 122 S. Second St., will be run by ODaniel, her daughter Taylor and daughter-in-law Mercy — each of whom has a love for laid-back, bohemian-style fashion in a similar vein to the type of clothing found at Earthbound Trading Company locations. 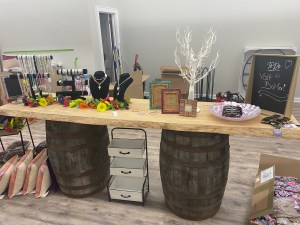 Besides clothes, the store also will sell  items such as jewelry, soaps and sunglasses.

People in the community continue to express interest in the store, which is tentatively scheduled to open sometime next month, often coming in to ask when its opening and what they can expect. ODaniel was hoping to open near the end of May, but said that was unlikely due to a delay in getting construction materials.

“I think it’s going to be something unique and different — there’s just not very much like it,” Taylor said. “I’m excited to give this a go and see where it goes.”

The business is one of several that have opened over the past few months, as downtown Albemarle continues to expand and offer a variety of services to the community.

While BoHo Goddess will have clothing for women of all shapes and sizes, much of its apparel targets a younger clientele.

“Because we are kind of reaching out toward the younger generations — in terms of new trends and the new type of style that everyone’s into — I feel like our store will give everybody a little bit of their own unique way to express themselves,” Mercy said.

When it comes to the store’s unique name, as a fan of Greek mythology Taylor saw a connection between that culture and the bohemian lifestyle.

“The way that the Greeks dressed and acted relates back to the bohemian culture,” she said.

Shellie gravitated to downtown Albemarle to open both Local Boujee and now BoHo Goddess because she was excited about the area’s growth potential.

“They’re getting ready to remodel and revamp down here and I just thought it would be cool to be a part of the experience,” she said.

And ODaniel has no plans to slow down once Boho Goddess gets rolling.

“This is one of the stores I want to open, I’ve got several,” she said.

As they get ready to open, the ODaniels are excited to be able to share the experience with each other.

“They know me well,” she said. “We’re a tight-knit family. We get to spend time together even though sometimes it’s too much time together.”

The store will be open from 10 a.m. to 7 p.m. Tuesday through Saturday.