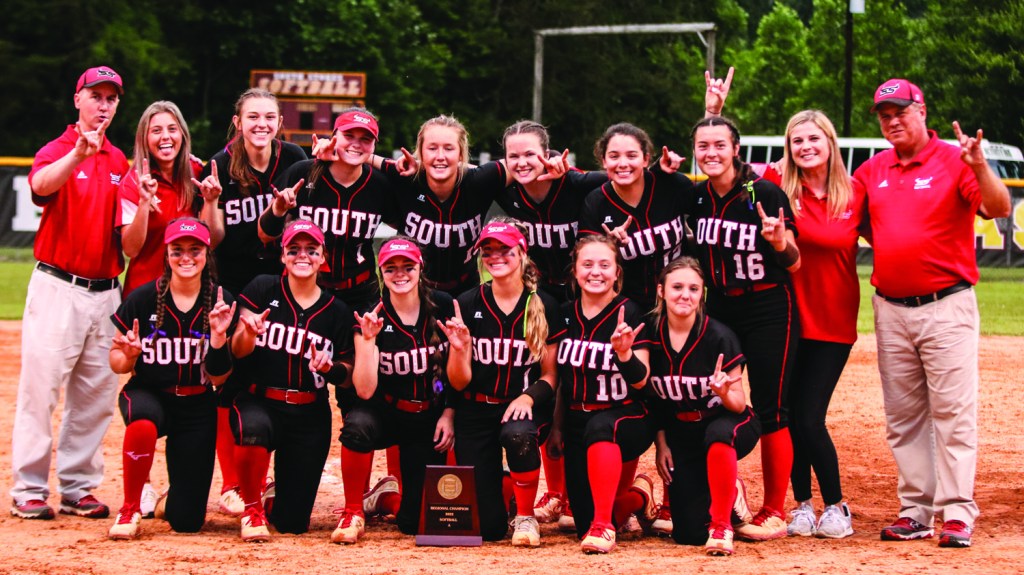 South Stanly traveled to Walnut Cove on Wednesday night, with a chance to clinch a state championship series berth over the South Stokes Sauras.

The Bulls, who had won a 5-4 cuticle-chewer at home on Tuesday, continued in their cardiac ways, falling behind 4-0 before posting eight runs in the final two innings to earn a spot in next weekend’s state championship series.

As she had done the previous day, South Stokes pitcher Madison Wilson shut down the Bulls offense early, allowing only one baserunner through the first four innings.

Meanwhile, the Saura offense jumped to a 1-0 lead after the first frame, with Rebecca Amos scoring on Addison Flint’s double, and added three more tallies in the fourth on a three-run blast by Riley Pinnix, her second home run of the series.

Trailing by four entering the sixth inning, the Bulls first two batters went down in order. Emma Campbell then singled, after which Mattie Poulos broke the goose egg with a two-run homer. Cassady Smith and Skylar Mauldin then drew consecutive walks, with Smith scoring on a Mary-Ryan Hinson single.

In the Saura half of the sixth, Pinnix led off with a single, and scored as Mackenzie Smith reached on an outfield error, making the score 5-3 after six frames.

South Stanly then proceeded to bat around in the top of the seventh, posting five runs.

Kassie Swink then scored from third on a Poulos sacrifice fly, before Cassidy Smith launched a grand-slam, vaulting the Bulls to a 8-5 lead.

The Bulls were able to quell a Saura threat in the bottom of the seventh. South Stokes loaded the bases with no outs as Amos and Sydney Patterson reached on singles, and Flint was hit by a pitch. South pitcher Ali Glover then fanned Emily Mitchell for the first out, after which Amos scored on an error.

Glover pitched out of the jam, forcing a grounder to Smith, who threw to the plate to force Patterson for the second out, and whiffed Overby to end the game. 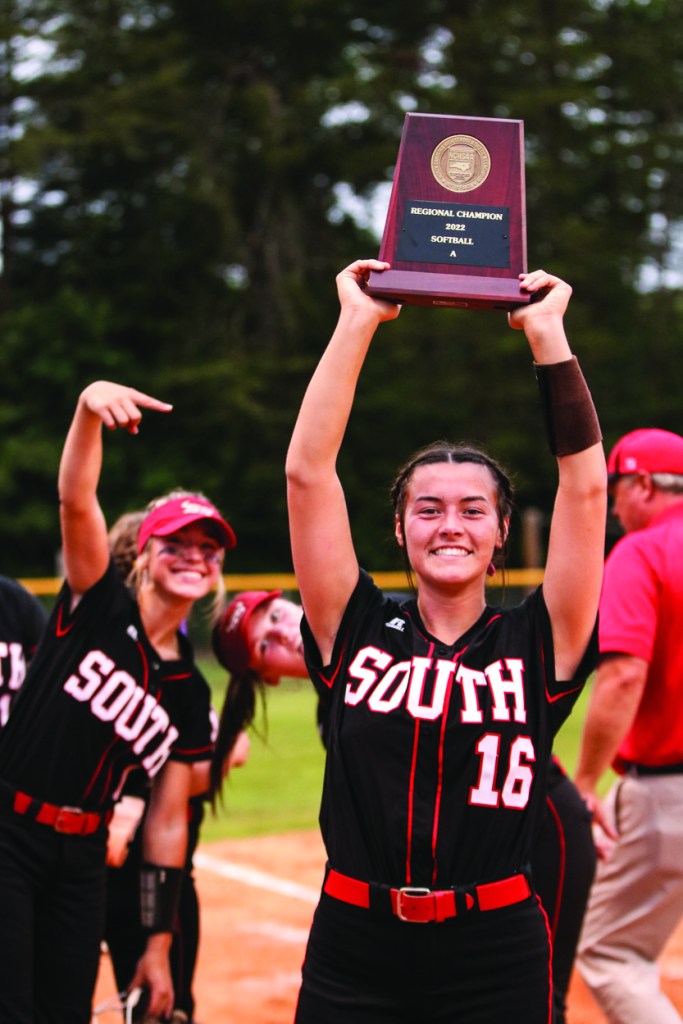 In the state championship series, South Stanly will play the winner of the eastern 1A regionals, pitting Bear Grass Charter and Vance Charter.

As of Friday, Bear Grass held a 1-0 lead in the two-of-three series.

State final games are scheduled for Friday and Saturday, but the location had not been announced as of press time.