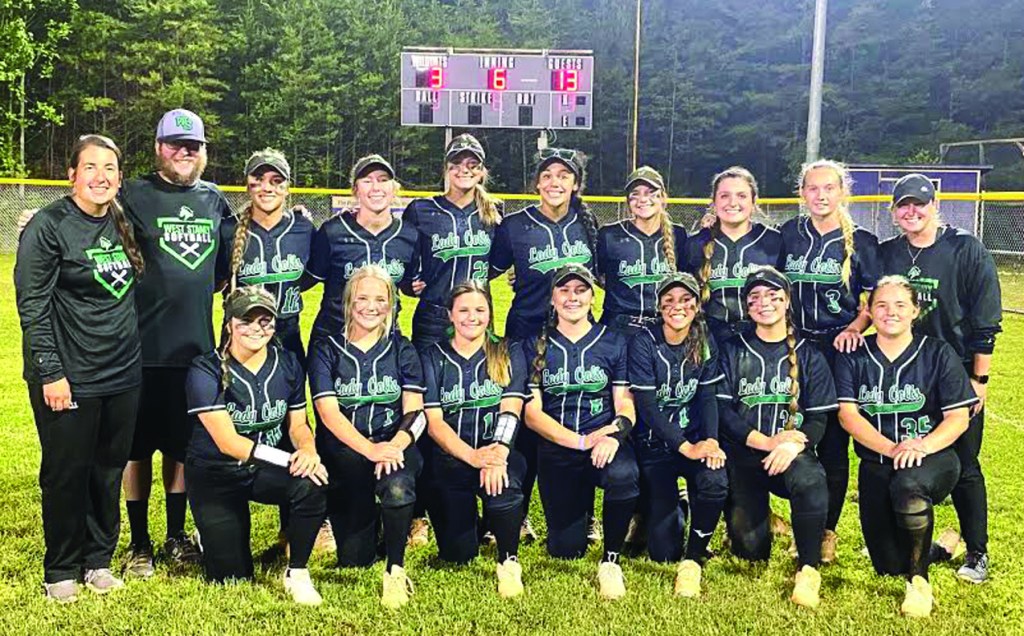 The West Stanly softball team turned in a dominating performance in the second game of the NCHSAA 2A West Region Championship series with a 13-3 thrashing of the West Stokes squad on Wednesday night in King.

Colts pitcher Lily Huneycutt earned her second win of the series, allowing only six hits and two earned runs in six innings, while striking out five. For the Wildcats, Natalie Jones absorbed the loss.

West Stanly pounded out 15 hits in the contest, with two going for extra bases (doubles by Huneycutt and Elizabeth Ingle), with Ingle (3), Kristen Smith (2), Aliyah Rush (2) and Huneycutt (2) posting multiple RBIs. West Stokes’ runs all came in the bottom of the fourth on a Jones homer and a Sydney Dutton single, which scored Cameron Ring.

“The regional series has been a team effort up and down the lineup. West Stokes is a very talented team and we knew going into it that we would have to play with intensity and focus every single pitch,” said Colts head coach Emily Smith.

“I am so proud of our team for the play they have shown the whole season,” she added. “They have pushed through and worked hard each day in preparation…for the playoffs. They have worked together and leaned on each other during the good and tough times, and have focused on each individual game and what they can contribute for us to advance.

“All 14 players on this team have played a major role toward advancing to the State Championship. We are very excited for this opportunity and we will continue to work hard to prepare for it.”

West (27-4) will now play Washington (28-0) in the state finals on Friday and Saturday. Times and location were not available as of press time.