Following a requested recount performed by the Stanly County Board of Elections Wednesday regarding the Board of Education District 1 primary contest between incumbent Dustin Lisk and challenger Meghan Almond, the board found that Lisk, who led by less than 70 votes after the primary election, was still the victor.

Lisk, who was first appointed last October to complete the term of former chairman Jeff Chance, officially received 50.44 percent of the vote, taking 3,864 voters to Almond’s 3,797 — the same 67 vote-margin he maintained two weeks ago once the polls closed and votes were tabulated.

“I expected the recount to remain the same and to further confirm the people’s vote,” Lisk said, noting he has “full confidence in our election process and our Stanly County Board of Elections.”

“Thank you to my supporters, volunteers, family, friends and the Stanly County Republican Party for choosing me, again, to represent you on the  Board of Education,” he added. 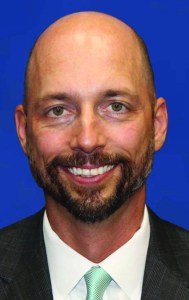 Shortly after the initial results came in on the night of May 17, Almond called for a recount. Candidates may request a recount when the margin of victory is one percent or less.

Upon learning of the results of the recount, Almond expressed gratitude for both the Stanly County Board of Elections and the administration in the elections office, whom she said did a “phenomenal job…putting in the hard work yesterday with the recount.”

While she will not be a member of school board, Almond said she is nonetheless looking forward to “holding our new school board accountable.” 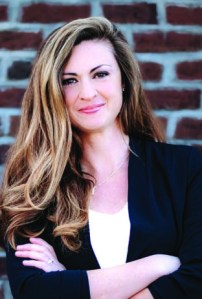 Even when candidates ask for a recount, it’s rare for the results to be overturned, no matter how close the race, said Stanly County Board of Elections Director Kimberly Blackwelder.

“We did a recount for the Town of New London in 2020 and it was a one vote difference and it did not change at all,” she said.

Lisk, along with the other winners, will soon receive his certificate of nomination, Blackwelder said.

Along with Lisk, the other Board of Education primary winner was Robin Whittaker, who defeated incumbent Anthony Graves in the at-large race.