Students had two opportunities to apply for scholarships in 2022 from the Stanly Health Foundation to support their studies in healthcare. 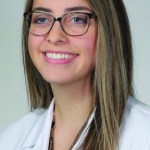 To be considered for either scholarship, a student must be an Atrium Health Stanly teammate, the dependent of a teammate or a resident of Stanly or Montgomery counties and have completed at least 60 hours of undergraduate study by the end of the spring 2022 semester with a cumulative undergraduate GPA of 3.2 or higher.

The student must be accepted into a healthcare program of study for either undergraduate or graduate school. 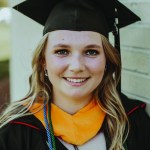 The Stanly Health Foundation Roy and Lou Hinson Scholarship, totaling $2,500, was awarded to SavannahPoole of Oakboro, who is working toward her Doctor of Pharmacy degree from Wingate University.

Poole has a passion for community pharmacy and plans to practice in Stanly County.

The Hinson Scholarship celebrates the late Roy Hinson’s 41 years of service to the local hospital, and his wife, Lou, who is retired from public education and provided many years of volunteer support to the Roy M. Hinson Cancer Center. 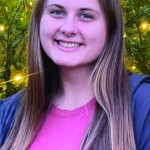 Almond is pursuing a master’s degree in Kinesiology from UNC-Charlotte while working part-time in Cardiac and Pulmonary Rehab at Atrium Health Stanly.

Carrick attends UNC Chapel Hill where she studies Exercise Science and Nutrition. She eventually would like to pursue a Doctorate in Physical Therapy. 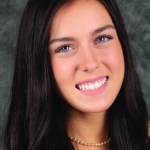 Cody is attending Pfeiffer University and will graduate with a BS in Nursing. She is a teammate in the Medical-Surgical department at Atrium Health Stanly.

Madison Smith is studying to earn a BS in Nursing from UNC Wilmington. Her plans include continuing her studies to become a Nurse Practitioner.

The C.B. Crook Family Scholarship honors the years of philanthropic work by the late C.B. Crook and his wife, Betty. 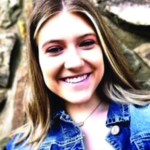