Jerry Myers, who served as Stanly County manager from 2001 to 2008, passed away on June 2, and is remembered fondly by friends and co-workers. 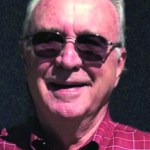 Tony Dennis, who served as county commission chair for much of Myers’ tenure, described him as a “fine man all the way around.”

“He really worked hard at his job,” Dennis recollected. “If there was something we needed to know, Jerry could find it out,” he said.

One of Myers’ hobbies was target shooting, and he and Dennis occasionally went to the range together.

“We spent some good times trap shooting together, we just didn’t get to do it enough,” said Dennis.

“I really enjoyed working with Jerry,” he added.

“He (Myers) had made this his life’s work, and he was very knowledgeable on local government in general,” said Dunevant, who also noted that Myers had an excellent management style.

“He knew the boundaries of how to manage,” Dunevant said. “He had a sense of when to push for change, what issues to address and when to address them.”

“Mr. Myers always had an open door, a warm smile, a calm demeanor and was somehow able to mediate the most heated debates,” she said. “He supported staff and frequently reminded us that we didn’t work for him, we worked for the citizens of Stanly County, and that was the guiding principle in decision-making.”

“He was always willing to listen to differing opinions with the goal of reaching a reasonable compromise,” she added.

“I always thought a lot of Jerry Myers on both a personal and professional level,” Coble said. “I found him to be easy to talk to and work with and always appreciated his management style. He is actually the one who hired me and I will always be grateful for not only the opportunity he gave me, but the trust he put in me.”

Like Dennis, Coble also shared a common love of shooting sports with Myers.

“We both enjoyed shooting sports, especially shooting skeet and trap. I fondly recall many side bar conversations with him on that topic, and once we even got to go to the range together,” he said.

Myers’ dedication to his family was obvious, said Lowder.

“You didn’t have to know him long to learn that he adored his family. His smile would widen anytime he mentioned his wife, daughter and grandson,” she recalled.

“I’ll forever be thankful for the opportunity he gave me when he hired me for the Agri-Civic Center director position in March 2007. The position provided me the opportunity to connect with the agriculture, arts, education and faith communities, and to regularly engage with elected officials. Those partnerships have been invaluable to me throughout my employment in various departments in the county,” Lowder added.

A visitation for Myers will be held June 18 from 10 a.m. to noon at Hartsell Funeral Home in Albemarle.