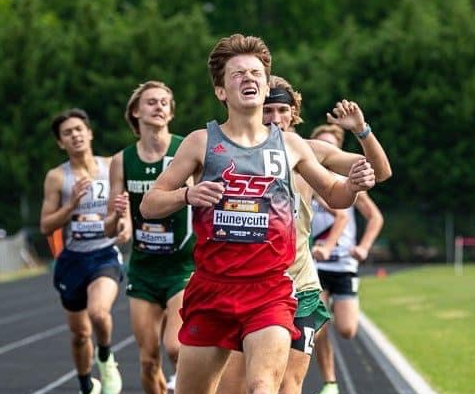 South Stanly runner Joshawa Huneycutt is competing this weekend against athletes from across the country in the Adidas Outdoor Championship in Greensboro. Photo courtesy of Joshawa Huneycutt.

Ever since he first began running in the eighth grade, he’s found he just can’t stop. The South Stanly rising junior runs every day and has already secured at least one school record: he has the fastest time in the 3,200-meters (10:04). He hopes one day to also capture the school record in other races like the 5K (his best official time is 17:35) and the mile (his best time is 4:32).

Due to Huneycutt placing 10th among almost 140 racers across the state in the 1A men’s cross country championships last year and also finishing second in the 1,600-meter run (4:32.09) and fourth in the 3,200-meter (10:16) in the 1A state finals track meet last month, he has qualified for the big leagues. He will compete this weekend against runners from across the country in the Adidas Outdoor Track and Field National Championships in Greensboro at NC A&T State University’s Irwin Belk Track.

Huneycutt, who left for Greensboro Friday morning, competed over three days in the 1,600-meter, 800-meter and 3,200-meter races. While there will be a variety of other competitions, Huneycutt said he’s the only representative from Stanly County who competed in his events.

“I was incredibly excited,” he said when he first found out he qualified earlier this year. “I frankly didn’t expect it.”

South Stanly has paid for Huneycutt’s race entry fees, but his family has had to pay for everything else, including the transportation and housing costs along with his coach’s fees. To help reimburse the family for the expenses associated with the trip to Greensboro, Huneycutt will host a 5K and one-mile fun run at 8 a.m. July 2 at First Presbyterian Church in Norwood (207 S. Main Street). The cost to participate is $25.

“We have created this race to help cover the expenses required to participate in this wonderful event,” he wrote on the RacePlace site he created for the event, where people can go to sign up. The goal is to raise $1,000 and any donations “are welcomed and greatly appreciated.”

The first 50 registrants will be guaranteed a shirt on race day. Payment of entry fees or donations can be made directly by cash app to #TOPNOTCHRUNNING or #HURRICANEHUNEY. 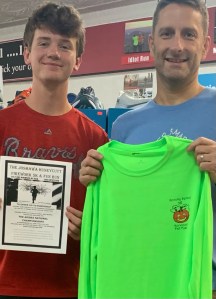