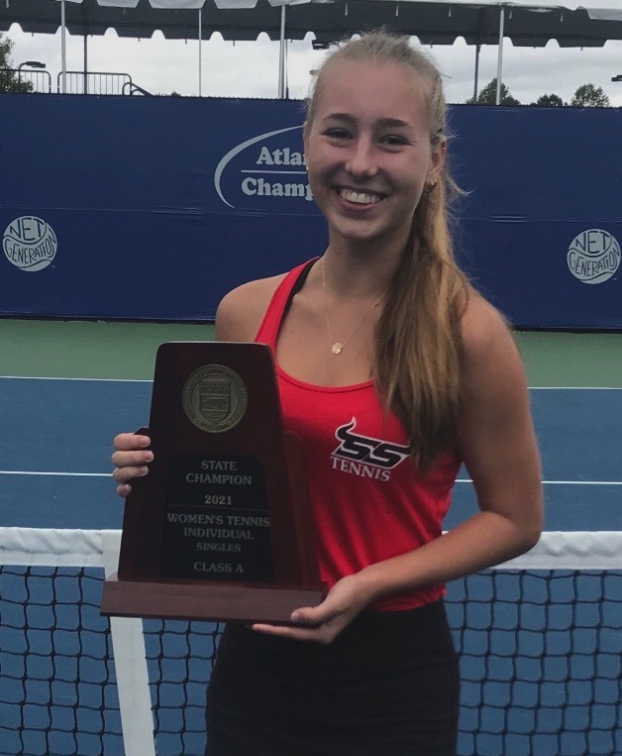 Throughout Jacy Noble’s career at South Stanly, she has continually found herself constantly on the move, staying as busy as possible.

Between juggling multiple sports, many overlapping at the same time, taking Advanced Placement courses and other academically rigorous classes, including some at Stanly Community College, and being involved in clubs and other activities (president of FAA and involved with National Honors Society and National Technical Honors Society), the graduating senior has had little downtime over the past four years.

“My free time is just having plans,” she said with a laugh. “I’m just always one of those people that always likes to keep going.”

And her endless drive and determination to be as involved with the school as possible also impressed many of those close to her.

“I don’t know how she does it — she is ball of energy, I know that,” said tennis coach Scott Stevens, who also coached her in basketball during middle school. “The credit goes to her for just having the energy to do all those things. She’s amazing and just an incredible person.”

Excelling As A Multi-Sport Athlete

While Noble, 18, is one of the more well-rounded students who’ve graduated this year in the county, she’s most associated with her prowess as an athlete. But unlike most students, who might focus on one or two sports, Noble was part of five sports during her tenure at South. In addition to tennis, which was her personal favorite, she played soccer, where she was mainly central midfielder, and basketball, where she played point guard, along with running track, and cross country, where she was the top female runner at the school each of her four years.

With South being a smaller school, Noble said it was common for many students to play multiple sports and she was no exception. Unlike bigger schools, where certain students excel at specific sports, students at South have learned to do well across the board.

“To build up our teams, we need those kind of people who give their time to multiple sports,” she said. “It’s like everybody helps each other out and gives their talents to multiple different sports.”

Noble credits her many coaches for working with her over the years and being understanding with her wanting to be as involved in as many sports as possible — even if it meant she could not always attend every practice or be at every game.

“I really want to thank my coaches and teachers,” she said. “They understood how I had to pick and choose where I was on certain days, just like taking priority over games and practices.”

“I do all these sports because I love them and it was just amazing to be honored for that,” she said.

In addition to regularly being named to the all-conference team in each of the sports she was involved in, Noble achieved her most notable athletic success last October, when she claimed the 1A individual tennis state championship in Cary, South Stanly’s first women’s individual tennis title since 1998.

“I had accomplished something I had always dreamed of and I couldn’t stop smiling about it,” she said about the moment.

Stevens, who’s coached both men and women, said she’s the most talented tennis player he’s been around, especially since she is so mentally tough, which he calls her best trait.

“There’s probably been some players that were equally talented that she’s played this year and last year and she’s just won out of sheer will and mental and physical toughness,” he said.

As someone who plays sports during the whole school year, “you never have to worry about her being out of condition in anything,” Stevens added.

What she appreciates about tennis is that, since it’s largely an individual sport, she can set her own goals and reach them without necessarily relying on other people.

“Your true potential can be shown in that individual sport aspect,” she said. “You can go as far as you allow and not as other people allow.”

Noble plans to continue playing tennis next year at Catawba College, where she will major in biology. Her goal is to become a veterinarian. 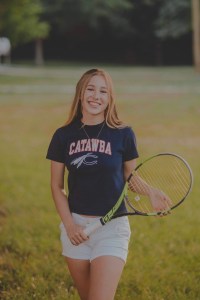