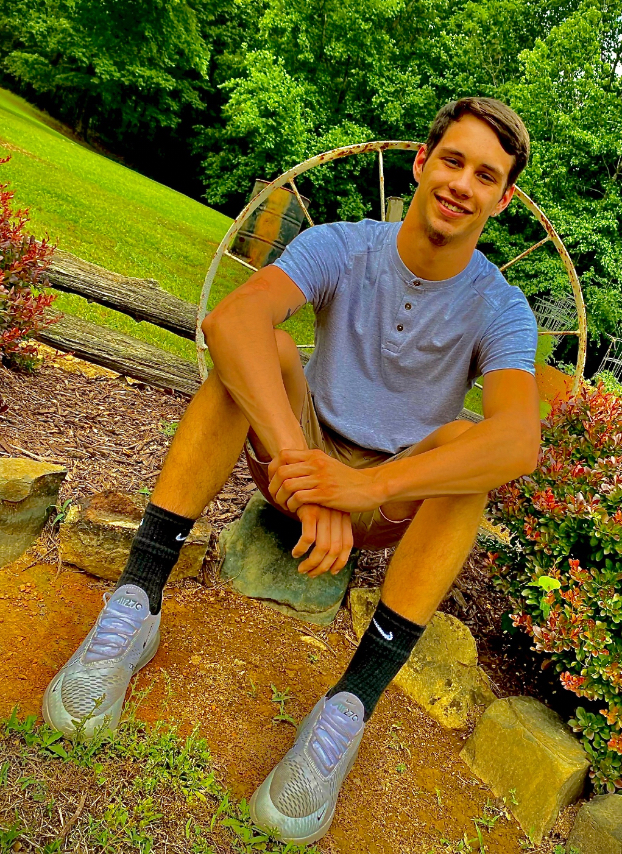 Denver Blalock graduated from Stanly Academy Learning Center in May.

Unlike many high school students who just graduated, Denver Blalock has already had a months-long head start into what his post-school future will look like.

He finished his last semester at Stanly Academy Learning Center earlier this year and since February has been working as a welder at Fabrication Associates in Charlotte.

After having spent his first three years at North Stanly, Blalock, who lives in Oakboro, transferred his senior year because SALC offered the last class he needed to finish school early. The same class would not have been offered at North until the second semester.

Though he only attended SALC for one semester, Blalock said he likely would not have landed a stable job had it not been for his time there.

“All the teachers got me ready to move on into society,” he said, noting they also worked with him to improve his resume. “They always told me how if you make a mistake, don’t ever put yourself down. You always learn from your mistakes.”

Though he had no idea what to expect when he transferred schools, Blalock, 19, said he was welcomed by both his classmates and the staff.

“When I got there, I made friends with everyone and I helped them out and they helped me out in terms of finding my place,” he said, noting he also became close with several of his teachers.

“They have showed me that no matter where you go, there will always be people there to help you and to teach you new things, and to love you and show you that you are welcome no matter what you are,” he added.

Many of his teachers came away impressed with Blalock during his semester at the school.

“While he was at Stanly Academy, he gained some confidence in himself and his abilities,” said English teacher Teresa Crump. “The smaller class sizes allowed him more one-on-one support. I was able to personalize instruction for him, capitalize on his strengths and develop a positive relationship with him. He is so likeable and respectful, and I have missed him this semester.”

“I look forward to hearing about his future successes, and I’m thankful for the opportunity I had to regularly see that great big smile of his,” Crump added. “The world needs more kind kids like Denver.”

Coming from a family of welders, Blalock said it had always been his dream to join the profession. Blalock plans to continue working at Fabrication Associates for at least the next five to 10 years before deciding on what the next step will be for his career.

“My plan is to stay here (Fabrication) as long as I need to be and then see what else I can find,” he said.

Now that his high school career is over, Blalock is grateful for all of his teachers, both at SALC and at North Stanly, who have helped him become the man he is today.

“I just thank all my teachers and my principals for getting me through it and helping me with the things I needed help with,” he said.