Oakboro July Fourth celebration could be biggest yet 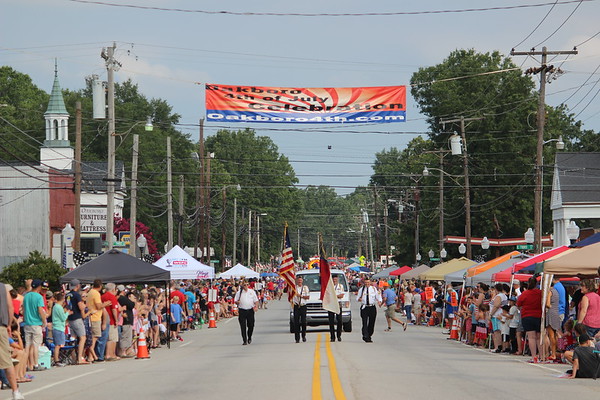 Oakboro's Fourth of July Celebration in 2018.

One of Stanly County’s most anticipated yearly traditions is here as Oakboro hosts its 64th Fourth of July Celebration.

After shuttering the celebration in 2020 for the second time in its history, which dates back to 1958 and has always been a fundraiser for the fire department, a record number of people came out last year. With gas prices on the rise, organizers are preparing for the likelihood that 2022 could be even bigger.

“We’re preparing for it to be as big if not bigger than last year,” Oakboro Fire and Rescue Chief Rodney Eury said.

While it’s hard to determine the total number of people who attend the events throughout the week, Shea Morton, president of the Oakboro Fourth of July Celebration and a firefighter with the town, estimates the town last year brought in between 30,000 to 40,000 people just on July 4 alone.

While much of the schedule is the same as in previous years, there are a few differences. There will not be the annual firefighter competition and a new band, The Tams, will make its debut on the stage Saturday.

“I think they’re going to bring quite the crowd in on Saturday night,” Morton said of the band, which is known for its beach music.

B & K Carnival Company will again offer a host of rides, games and concessions throughout the week. People can either purchase individual ride tickets or pay $20 per night for an armband, allowing them access to all the rides for a particular night. Armbands will be offered each night, except July 4. Credit card machines will also be available, so people won’t have to pay just in cash, as they’ve done in years past.

Here is what people can expect for the multi-day celebration, which begins June 26 and concludes on July 4. All of the festivities, including the performances and carnival rides and games, will be behind the fire department, at 320 College St.