Seeking to add to the slate of educational opportunities offered within the county, one Albemarle resident spoke before the city council Monday night about his desire to open a private Christian school for young people at Burleson Square.

The Rev. Jim Hunsucker, who has experience teaching in public and private schools and homeschooled some of his children, looked around the community and noticed there “was not enough spaces in the current Christian schools in the county.” And for existing schools, the tuition and fees were often a problem for many families.

“I’ve just been praying about it for a while and my wife and I have been talking about it,” he said in a follow-up interview Tuesday morning about the need for another Christian education in the community.

Hunsucker, who is also an associate pastor at First Baptist Church of New London, plans to open Dayspring Christian Academy for K-12 students in the facility that used to house Stanly Community College’s cosmetology program. He would like to have about 50 students, though the maximum number would be 75. He said more students would be allowed if they are siblings of current students.

The hours of operation for the school would be from 7:30 a.m. to 3:30 p.m. Monday through Friday, similar to the Stanly County Schools schedule, except that the year will start right after Labor Day. Dayspring will be comprised of two full-time teachers along with Hunsucker, who will be the administrator, and his wife Shannon, who will be curriculum coordinator.

“Most of the time, with this curriculum, the students will score up to three grades higher than what they would had they been in a public school setting,” Hunsucker said.

He wrote that physical activity, including P.E., will always take place in the rear of the property away from the roadway.

“The students will never be near 24-27,” Hunsucker wrote.

The front entrance of the building has ramps for children with special needs. As someone who spent several years in a wheelchair, Hunsucker said “he understands that necessity.”

“Some schools and some curriculums just don’t work for everybody and we just want to be another option,” he said, noting he planned for the new school to be a properly accredited institution. 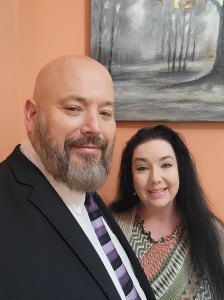 Before the city council could look into approving a special use permit for the school, a text amendment change had to be made to the city’s zoning ordinance regarding General Highway Business Districts (GHBD).

GHBD, according to the ordinance, “are designed to serve those commercial activities which function relatively independent of intense pedestrian traffic and which should not be located in the Central Business District or in the Neighborhood Business District.”

All kinds of uses had been permitted, including a range of businesses and organizations, but the zoning ordinance had never explicitly mentioned schools. With the help of Joseph Burleson, owner of Burleson Square LLC, council approved new language codifying that “colleges, universities, technical institutes, public elementary and secondary schools, and private schools” could apply for a special use permit to be included.

“It seems like it certainly makes sense for it to be in General Highway Business. It’s in a lot of the other zoning districts,” Burleson told council.

Shortly after approving of the text amendment, the council approved the special use permit.

If people want more information about Dayspring or if parents would like to enroll their children for the upcoming year, they can email Hunsucker at DayspringChristianNC@gmail.com.