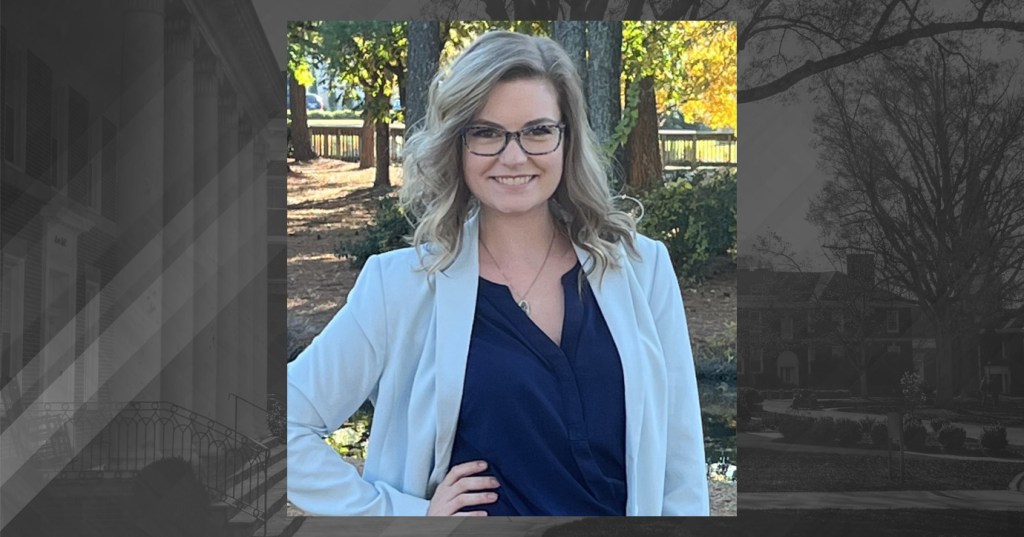 If the thousands of deaths caused by opioid overdoses eventually become a thing of the past, Mandee Schaub, a 2020 alumna of Pfeiffer University, can be given some of the credit.

During master’s-level lab research over the last couple of years at East Carolina University, she helped develop a combination drug of morphine and pramipexole that aims to deliver “on the painkilling potential of opioids while reducing the likelihood of addiction.”

Morphine is one of several kinds of prescription opioids, which are pain-reducing medications; pramipexole is used to treat Parkinson’s disease and restless legs syndrome.
The combination drug has been patented but still needs FDA approval, which is several years away. If it lives up to its promise, it could represent quite a breakthrough for patients seeking relief from chronic neuropathic pain.

Opioid drugs are highly efficacious in treating such pain at the initiation of treatment. However, as the treatment goes on, tolerance to the drugs develops, and doses are increased to maintain pain relief. As this happens, an addiction often sets in among patients, putting them at elevated risk for opioid overdose and for side effects of opioid use, which include vomiting, drowsiness and constipation.

In contrast, the amount of morphine in the combination drug can be kept at low levels, and still “achieve complete pain relief,” Schaub said. “This means that, clinically, we may reduce opioid use and lower the incidence of tolerance in chronic neuropathic pain patients. Ultimately, we are working to reduce opioid doses, side effects, and incidences of opioid-related deaths. We are battling the opioid crisis one smaller dose at a time.”

Schaub explained that adding a dopamine three receptor inhibitor into the combination drug makes “it a lot safer than typical treatments, where you end up increasing morphine doses over time so that the patient still gets a response. With this combination treatment, we won’t have to do that. We can put them on the low dose and keep them that way for a long time.”

At Pfeiffer, Schaub earned an B.S. degree in Biology with a concentration in biomedical science. Her research on the combination drug took place under Dr. Stefan Clemens’ supervision in his lab in the Department of Physiology of East Carolina’s Brody School of Medicine. Schaub now holds an M.S. degree in biomedical science with a concentration in neuroscience from East Carolina. She is listed as a co-inventor on U.S. Provisional Patent Application no. 63/330071.

She’ll soon enter the University of Texas at Dallas, where she’ll pursue a doctorate in neuroscience. UT Dallas has one of the country’s leading labs for researching migraine headaches.

Although migraines no longer keep Schaub out of action, which they often did when she was in high school, they remain a daily recurring factor in her life. She decided some time ago to address them as a scientist.

“I’m very calling-driven,” she said. “Migraine research is my calling.”

Schaub, then, is on an extraordinarily ambitious career path, one she would never have pursued without the support and opportunities that Pfeiffer gave her.

One of those opportunities was a lab project under the supervision of Dr. Jason Emory, an associate professor of chemistry.

It called for Schaub and her classmates to isolate one chemical from volcanic ash and prove that said chemical was the only one to be found.

“I had so much fun with that project,” Schaub said. “I was able to execute it, which was really cool and made me think outside the box. I learned that I had a prowess for lab work that I built on as a graduate student. Pfeiffer taught me that research was what I was born to do.”