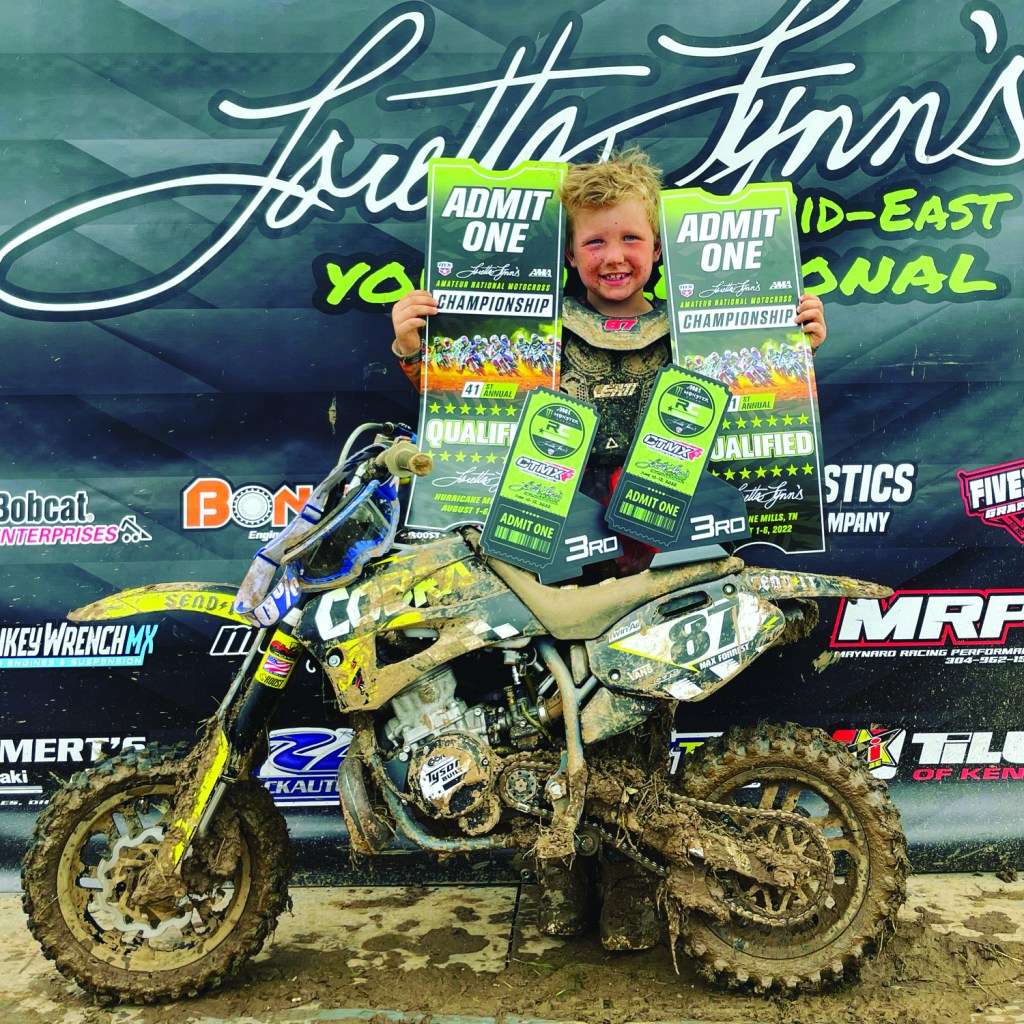 “Max has earned two spots in the event,” said his mother, Elizabeth.

He earned entry to the Nationals racing a Yamaha PW-50 and a Cobra 50 Junior.

Having started racing last fall, the 7-year old has raced “almost every weekend since,” according to his mom.

In the process, Max has earned 76 first-overall finishes, in addition to wins in various categories at the East Bend (NC) 2021 Fall Series, and the Lake Sugar Tree (Axton, VA) Moonlight Indoor Series.

He has also earned his way to the nationals through his performances in various qualifiers, regionals and practice races at tracks in Ohio, Pennsylvania, Virginia, Tennessee, Kentucky and Florida, as well as in North and South Carolina. 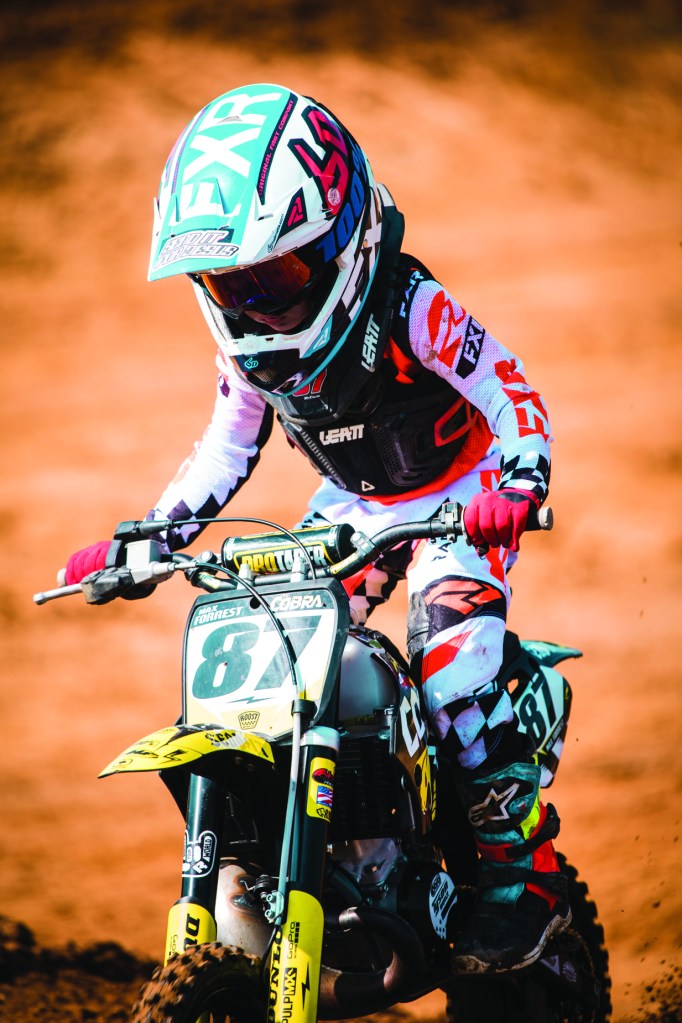 “Max was with his dad, Brantley, at Terry’s Honda Repair and Service, where they were picking up a four-wheeler that was being repaired there. While they waited, Paul Fraley sent Max to ride on an electric bike they had at the shop. He instantly flew around the shop and didn’t want to get off,” said Elizabeth, “and Brantley left the shop and went straight to Charlotte to buy Max one of his own.”

“Max was a natural,” added Brantley, “we knew he could drive about anything, but with this we couldn’t keep the wheels on the ground; he was jumping every mound he could make or find. Before long, he was asking for a bigger and faster bike.”

Both parents are quick to credit Fraley, whose own son (Tyler) has raced in the nationals as well, with encouraging Max along the way.

“Paul came over one day to help Brantley with some ATVs, and couldn’t believe how fast Max was. If it wasn’t for Paul encouraging us to take him to a race we would have never known this world of racing so early on,” said Elizabeth. “He (Paul) has been the best friend and mechanic every step of the way…he preps and rebuilds Max’s bikes after every race.”

“Starts and jumps” are what Max describes as his favorite part of racing, but the relationships built between parents and fans at the events are important as well.

“The friendships and racing family we have made along the way are what we cherish the most,” said Elizabeth.

And what is Max’s least favorite part?

“It’s an intense sport and wrecking happens,” added his mom, noting that the motorcycle Max will be riding operates at speeds up to 45 mph.

Regardless of the finish results, the family looks forward to a great time in Tennessee.

“Max is excited to meet the finalists from all over the United States and the professional riders as well,” said Elizabeth. “We will get to spend an entire week full of activities, racing, training and interviews by the professionals, and even an opening ceremony concert by Scotty McCreery.”

His races can be viewed on MAV TV, RacerTV.com and www.lorettalynnranch.net.