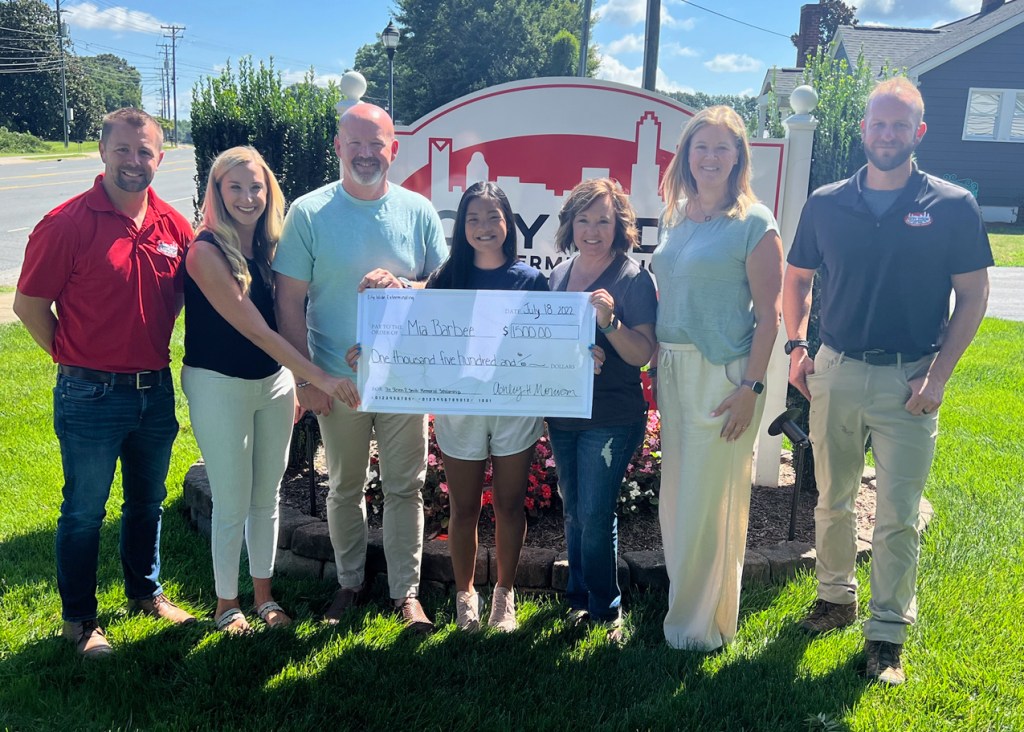 The scholarship was created in 2022 to honor the memory of former police chief Steven Smith.

“The Smith family are close to our hearts and an integral part of the City Wide team,” president Ashley Morrison says. “This is a small way that we can honor his family, his memory, and his contributions to our community.”

The scholarship is awarded to one graduating high school senior in the greater Charlotte metro area each year based on academic excellence, character and community involvement.

This year’s recipient of the scholarship was Mia Barbee, a 2022 graduate of West Stanly High School.

Mia plans to study nursing at Wingate University in the fall.

“Steven’s goal was to have a positive impact on the community he grew up in and the place he called home,” said Melissa Smith, the police chief’s widow. “Steven brought the concept of community policing to his hometown of Locust. He carried himself and lived in such a way that focused on meaningful community engagement, and I know he would be honored.”

Applications for the Steven R. Smith Memorial Scholarship will open again in early 2023. The scholarship amount is $1,000 and will be awarded each year to one high school senior.