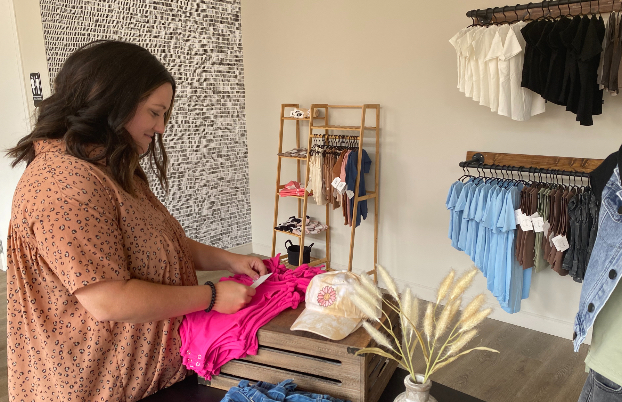 Brittney Speight is excited to open her first business alongside her sister Meredith.

Whether playing with an old-timey cash register or helping their grandmother tag items, sisters Brittney Speights and Meredith Long have several fond memories of their grandparent’s store, Gifts and Wraps Unlimited, in Locust.

Wanting to recreate nostalgia from their past, the sisters have their own business, Leo’s Little Clothing Co., which has its grand opening at 10 a.m. Saturday in downtown Albemarle. An official ribbon cutting with the Stanly County Chamber of Commerce will take place July 30.

What first began online in April has now expanded to a brick-and-mortar location at 103 N. First St., Suite B. The name is derived from their grandparents, Leonard and Kay Howell; Leo’s is short for Leonard and Little is Kay’s maiden name.

Nervous about the opening, the duo expressed excitement to get to know their customers in person, and continue the foundation of service their grandparents first started.

“You could go in, you could purchase a gift and get it wrapped there, which I think is a lost art now,” Brittney said.

The Howells, who both retired from their previous careers, formed strong bonds with many throughout the county with their store. Married more than 60 years, the couple had deep ties within the Locust community, as Leonard served on the city council and Kay played organ for Carolina Presbyterian Church.

“Everybody is always telling us, ‘I wish that shop was still open,’ ” Brittney said. 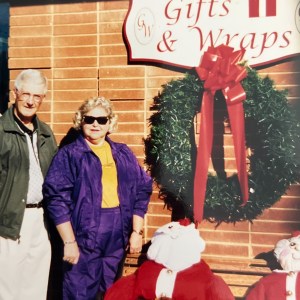 Leonard and Kay Howell in front of their Locust stop Gifts and Wraps Unlimited. Photo courtesy of Brittney Speights.

While Brittney and Meredith acknowledged they don’t possess the “art of gift wrapping,” as parents of small children, they believed opening a children’s boutique could help fill what they saw as a void in the community. 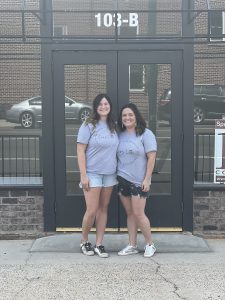 “We really felt we wanted to rectify what they had to do it in a way to make it meaningful to us and meaningful to the community,” Brittney said.

Not long after Leonard died in 2017, Meredith found out she was expecting her first child. Even though he has not been around to see his great-grandchildren, “we just see so much of his personality in them, so we just felt like he hand-picked those kids for us,” Brittney said.

Wanting to initially set up shop in Locust, the sisters decided on the current location once their friend Kalyn Luther, who owns Whiskey Eunoia next door, told them about the retail space.

“She kind of nudged us in and since then, everything has kind of fallen into place,” Brittney said.

Leo’s offers different brands of clothing and accessories for kids up to ages 5 or 6, including T-shirts and tops, dresses, swimwear and a variety of hats and retro sunglasses. Sizes range from infants to 5T, though they plan to expand to eventually include up to size 10.

“We’re slowly getting in some more youth sizes,” Brittney said. 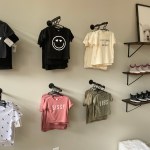 Leo’s will have an assortment of T-shirts. 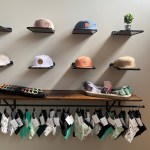 The store has a variety of accessories like hats and sunglasses. 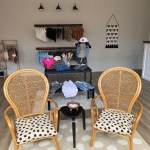 The store features clothing for newborns to children around age 5-6.

All of the clothing comes directly from other small business owners, whom the sisters said they have gotten to know and build relationships with.

In one section of the store, there’s a black-and-white frame with the words “every family has a story…welcome to ours,” with a picture of the Howells and a short bio of their lives below it.

The store includes a small tribute to Brittney and Meredith’s grandparents.

The sisters said they are confident their grandparents would be proud of all they have accomplished.

“They opened the store in Locust as a way to serve their community and be a part of their community, and so I just think that they would see (the store) as a legacy that has been carried on,” Brittney said.