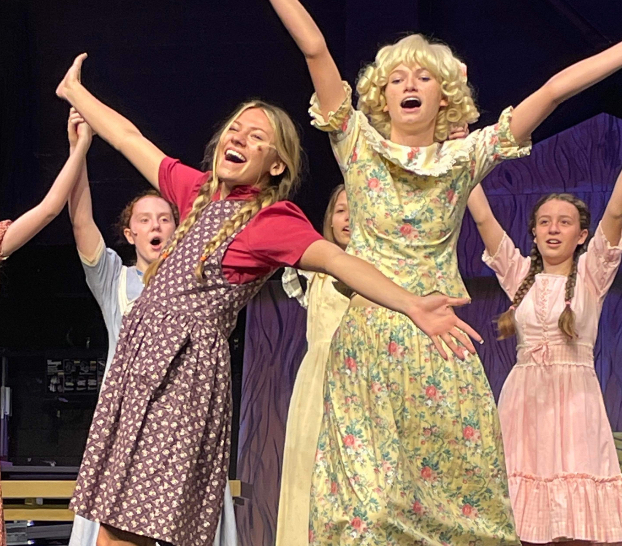 Laura Ingalls (Kate White), left, and Nellie Oleson (Darby Shaw) sing in a scene from the Uwharrie Players production of “Little House on the Prarie.” (Contributed)

Starring in only the second leading role of her career, and first with the Uwharrie Players, Miss Stanly County Kate White will headline the upcoming musical production of “Little House On The Prairie,” which begins its six-day run at the Stanly County Agri-Civic Center at the end of the month.

“I’m really excited about it,” said White, who plays Laura Ingalls, who grew up with her family in the American West and later wrote the series of best-selling children’s books about her experiences.

Set in the later part of the 19th century, White says the play is a coming of age story about Ingalls, and the many trials she faces growing up along the American Frontier. The production will be directed by Heather Wilson-Bowlby.

Though she did not know much about the story before she auditioned, once she got the role, White said she’s been busy digging into the background behind her character. “After I was cast in the role, I dove in and I’ve been watching the TV show a lot now,” she said. “It’s really interesting and it’s given me a lot of insight into who Laura is…and her mannerisms.”

Having performed in community theater throughout much of her life, she estimates since the fifth grade, White is excited to once again have a lead in a major production. Her last such role was as Jo March in The Talent Company’s 2019 production of “Little Women” — a character she says has a lot in common with Ingalls.

“They’re both very feminine and they both go against society and the standards that are placed on women,” White said.

This will be White’s third production with Uwharrie Players, following “Big River,” when she was 8, and “Cinderella” as a teenager.

While White has helped out in a behind-the-scenes capacity for several recent productions, including serving as stage manager for “Beauty and the Beast,” which the Talent Company put on just before the pandemic in February 2020, and assisting with “Little Mermaid, Jr.” and “Annie” over the past year, this will be her first acting role since before the pandemic.

“Covid took the arts away from many communities for a long time and that was really sad for people like me who love to be in community theater and love to sing and be around people,” White said. 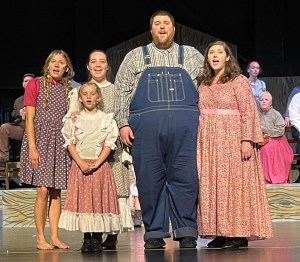 It’s not just her prolonged time away from the stage that’s made her grateful to be back on it; it’s also knowing that since she will be leaving in the coming weeks for school at the University of North Carolina at Wilmington, where she plans to major in theater, this will be the last chance to perform in front of her hometown community for the foreseeable future.

“Whenever I found out that we were doing a musical and it would end right before I would be moving away, I saw it as a one last chance to be on stage and get back together with my community,” she said. “I just think it was a God thing, putting all the pieces together.”

Tickets can be purchased online (http://www.uwharrieplayers.org) and are also available at Second Street Sundries, First Bank locations and the Stanly County Agri-Civic Center. Tickets are $13 for adults (advance) and $15 at the door, $10 for seniors/juniors and $12 at the door and $5 for children 10 and under. Season tickets are also available.

The 2022 season will conclude with “The Diary of Anne Frank” in the fall.