Coats to close out Concerts at the Pier series

The Concerts on the Pier, a series of concerts to benefit the Stanly County Arts Council, will have its final one of the season at 7:30 p.m. Aug. 13 on Lake Tillery, near Goat Island (the last cove before the southern dam on the Stanly County side of the lake).

It will feature Austin Coats, the original performer and creator of the Concert on the Pier.

People can listen to the free concert from their boats, from shore or by watching the live stream on the Stanly County Arts Council’s Facebook page. If interested in shore seating, email Coats to reserve a spot at coats_austin@yahoo.com. 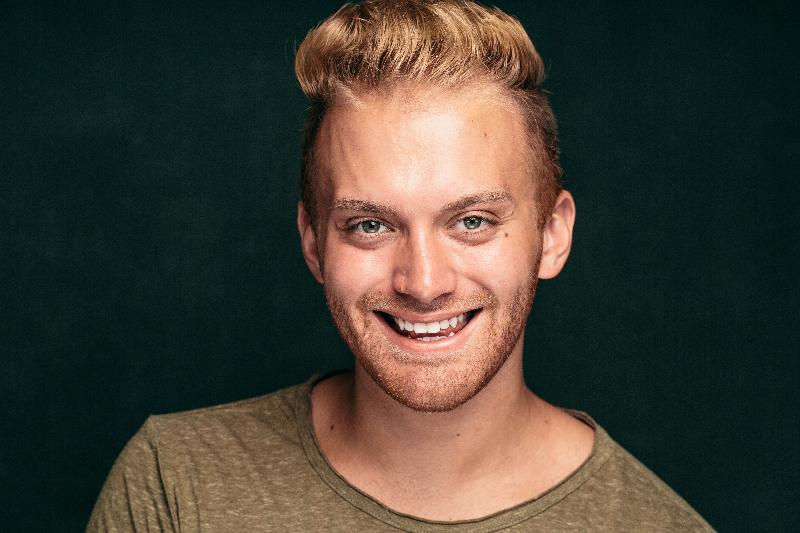 Austin Coats will perform Saturday to close the Concerts at the Pier concert series. (Contributed)

Donations will be accepted on behalf of the Stanly County Arts Council.

“I’m very grateful to the Arts Council for continuing this tradition of singing at the lake, off my family’s pier, with a beautiful lake sunset as my backdrop,” said Coats. “If you’ve seen one of my shows before, you know my wide-ranging love for almost all music and this show is definitely a representation of that.”

Coats will sing songs representing all the decades of music since the 1950s.

“We are so grateful to Austin for sharing his talents in such a unique and fun environment, and helping us raise funds to help the arts recover from the challenging past couple of years,” said Lynn Plummer, chairman of the Stanly County Arts Council.

The arts run in the blood of the Coatses.

Although Coats’ mom is pediatrician Dr. Elaine Coats and his dad is Steve Coats, a retired teacher and principal for Stanly County Schools, they are strong supporters of the arts locally and regionally. Steve served as chairman of the Stanly County Arts Council for numerous years and has acted with the Uwharrie Players and both have served on their board.

They spend hours volunteering for many arts organizations in the county, including The Talent Company. Austin and his sister Jordi were among the group of teens that founded the local youth theatre organization in 2005.

Jordi is pursuing her interests in the arts in New York City, focusing on writing, producing and directing.

At 18, Austin Coats moved to New York City and earned a BFA in Commercial Dance from Pace University. Since then he has performed around the world in more than 50 countries and five continents with various cruise lines as both a lead singer and dancer. He has performed for Tony and Emmy Award winners.

He has also performed professionally in shows such as “Cats,” “Chicago, “Mamma Mia” and “Anything Goes.” His latest work was as the lead singer in the inaugural cast of two shows based in India and Dubai.

“It is a privilege for the Arts Council to bring visibility to our aspiring, local performers,” Plummer said. “We hope everyone will come out and support Austin. The arts continue to play an important role in his life. We appreciate everything he has done the past two years to keep the arts alive in Stanly County.”

When the Covid pandemic hit, Coats was living in New York. During the shut down, he decided to return to Stanly County until Covid restrictions improved.

In fall 2020, Coats determined that performing from a pier for boats or for an audience socially distanced on shore would meet the needs to hear live music while being performed in a safe environment.  The first Concert on the Pier occurred in October with Coats performing and raising funds for the local arts community by having donations benefit the Stanly County Arts Council. He followed that concert with another concert in May 2021.

To make it even better for Summer 2022, Coats thought it would be wonderful to have a series and have other performers take the pier. The first concert was June 18 with Dustin Curlee performing; on July 16 Miss Stanly County Kate White performed.

Donations will be accepted again on behalf of the Stanly County Arts Council, a 501 (c)(3) non-profit whose mission is to encourage and promote broad-based cultural and educational activities in the arts throughout Stanly County.

“We are so grateful to the Coats for always finding unique ways to support the arts,” said Renee VanHorn, executive director of the Stanly County Arts Council. “This has become our favorite fundraiser. I hope everyone will find a way to Goat Island on Lake Tillery, either by boat, by car, or by viewing on Facebook, to support Austin Coats on his musical journey and the mission of the Stanly County Arts Council.”

For more information on the arts in Stanly, visit www.stanlycountyartscouncil.org.

The Stanly County Arts Council was founded in 1974. It continues to promote and support all art forms in the community. Its mission is to encourage and promote broad-based cultural and educational activities in the arts throughout Stanly County.