On Aug. 8, detectives with the Stanly County Sheriff’s Office Narcotics Division conducted a traffic stop on Albemarle resident Fredrick Douglas Rush Jr. During the course of the investigation, approximately 58.2 grams of methamphetamine were seized from the stop.

Two subsequent search warrants were conducted at Rush’s residences, one on Aquadale Road, the other on Elizabeth Avenue. Approximately 637.2 grams of methamphetamine was seized, along with a stolen firearm from the address on Elizabeth. 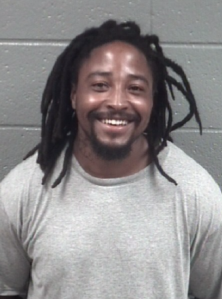 Rush is in jail and awaiting his next court appearance, which will be Aug. 15. A bond for Rush should be issued during his parol violation hearing, according to Lt. Joseph Lawing of the Sheriff’s Office Criminal Investigations Division.