Following a Thursday morning multi-county chase that began in Charlotte with a stolen vehicle and ended in Albemarle, law enforcement arrested two individuals after their vehicle crashed on Concord Road, near Harwood Road in Albemarle.

The driver of the vehicle, Joekeem Shamar Neal, 25, of Kannapolis, is facing charges including assault with a deadly weapon on a government official; resisting a public officer; possession of stolen motor vehicle; trafficking in heroin; possession with intent to manufacture, sell, or deliver a schedule I controlled substance; felony flee to elude arrest; and fail to heed blue lights and siren. 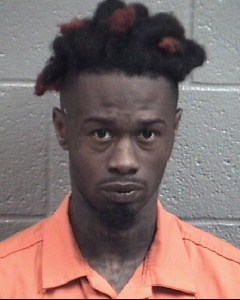 Joekeem Neal was arrested Thursday morning after he allegedly stole a vehicle and fled from Mecklenburg into Stanly. Photo courtesy of Stanly County Sheriff’s Office. 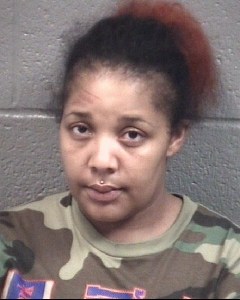 Following the chase, law enforcement said they found drugs, including 26 grams of heroin, in the car while searching it.

Crisco said the driver was traveling at “excessively high speeds.”

The chase ended after stop sticks were deployed, Crisco said. The vehicle lost control and went into a ditch before coming out, striking a Sheriff’s Office vehicle and then ending up across the road in another ditch. The vehicle was flipped over.

“Nobody was injured, everybody walked away,” Crisco said about Stanly law enforcement.

According to a report from WSOC-TV, a Cabarrus County deputy’s patrol car crashed into a tree on Rocky River Road during the chase. The deputy was taken to the hospital and is expected to be OK.