That was the year 50 seniors graduated from NLHS — the last and biggest class in the school’s history, according to the yearbook editor Judy Hatley Miller — and the year the first through twelfth grade school closed its doors.

On a recent Saturday afternoon, the C.B. Crook Pavilion across from the YMCA opened its doors to 20 1962 graduates and their spouses for their 60-year reunion.

The friends came to catch up and reminisce about the good old days at NLHS. Laughter and oldie-goldie music punctuated their time together as they tried to remember who was named “Best Dressed” or “Best All Around” or “Wittiest,” and whose car was named “Blue Beaver.” They guessed about who had the most grandchildren and who had the oldest or youngest child. 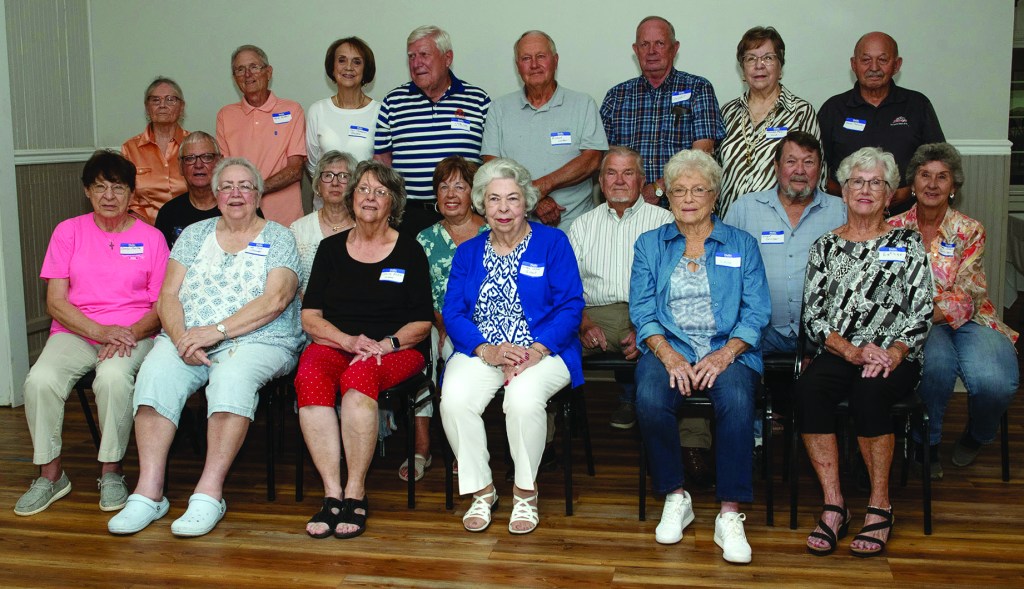 During the afternoon festivities, the reunion committee, led by Pat Stein Aldridge, presented plaques to two classmates for their longtime volunteer work. Joyce Eury Lambert was recognized for her mission work in Africa and Eugene Crisco for his prison ministry.

Peggy Maners Mabry was given the Humanitarian Award for a lifetime of good deeds and service to others.

Aldridge spoke of her classmates’ thoughtfulness and kindness to everyone.

Richard Lowder shared his account from 1968 about time spent aboard a hospital ship off the coast of Vietnam. He was wounded, lonely and depressed.

In those days of paper mail when welcome letters from home were the only contact from the outside world, the distinct sound of a helicopter landing on the ship delivered a thread of hope, then a large bulky envelope was dumped on Lowder’s bed.

Much to his surprise, a bunch of handmade cards, notes, letters and drawings by Stanly County elementary school kids brought a message that he has not forgotten, courtesy of their teacher — Lowder’s classmate —Peggy Mabry.

Music selected by Mabry and Crisco was part of the fun with 1961 chart topper “Duke of Earl” heading the sing-along list.

Senior class historian Camilla Pickler Lowder wrote in the yearbook that the majority of the class was there all 12 years. The current class list attests that most of the class of ‘62 has lived in Stanly County ever since.

They’ve remained friends, meeting in small groups over the years for lunch.

“We often talk about how much we enjoyed those simple times,” said Miller.

No doubt they have more stories of times gone by yet to tell.