When Denico Autry, a lineman with the Tennessee Titans, needed to rehabilitate a lower extremity injury, he looked for care close to home.

As a native of Albemarle, it took hours out of Autry’s day to drive to Charlotte for rehabilitation services. He turned to a center nearby — one he knew well already: The rehabilitation program at Atrium Health Stanly.

Autry came to Atrium Health Stanly when he was a football player for Albemarle High School. When he returned as an NFL player, he reunited with Scott Brone, physical therapist and director of rehabilitation, who still has a plaque on his wall from his work with Autry’s 2010 Albemarle Bulldogs high school team. This time, the duo faced higher stakes: Get an NFL lineman back to peak performance to have a record season.

“As a defensive end, Denico has got to explode first and foremost, right out of the box,” Brone said. “He’s got to be able to come off the line at 100%. So that is something that we begin to train for.”

For Autry, coming home to train in Stanly County became a big step to returning to the NFL in peak condition.

“It was great from day one, man. It was just all love and care from day one,” Autry says. “They made sure I got back to where I need to be, and I appreciate those guys for that.”

Brone is certified as a strength and conditioning specialist, holds a spinal manipulation and dry needing certification and has a diploma in osteopractic, which is a post-graduate program for the diagnosis and treatment of neuromusculoskeletal conditions. 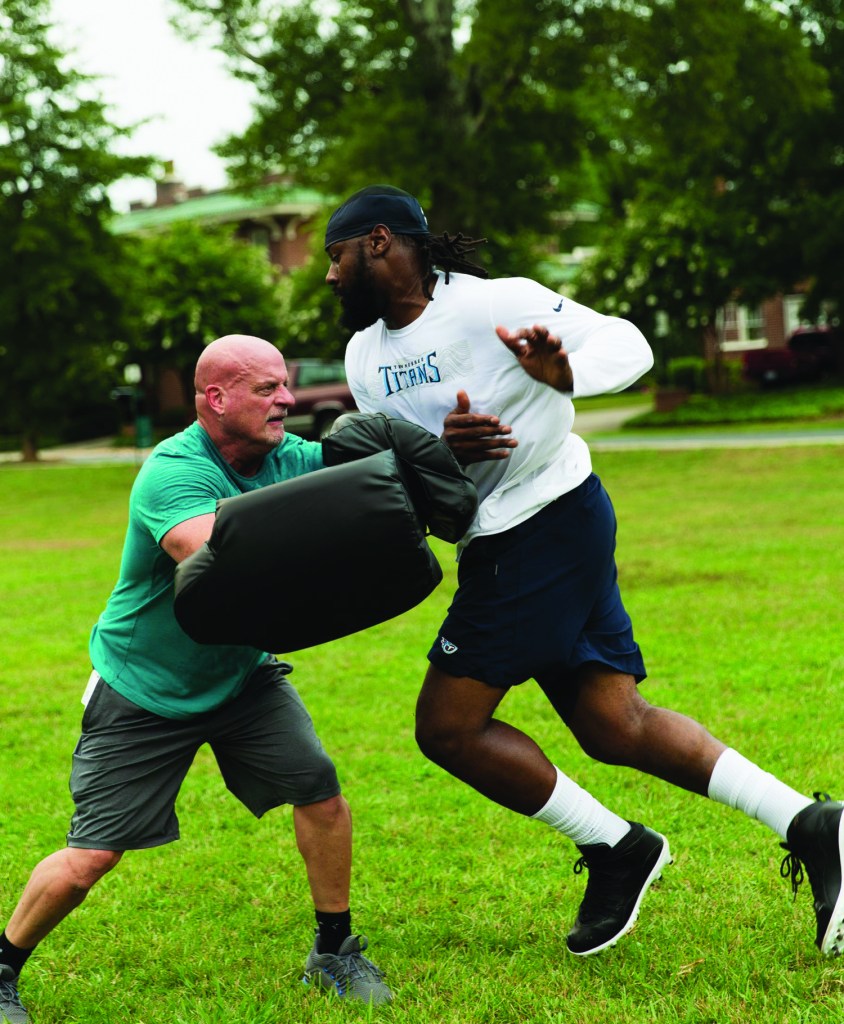 Caring for Athletes at All Levels

From high school athletes to the professionals, Atrium Health Stanly rehabilitates all levels of athletes. Autry, however, became the first one to span the patient spectrum from student sports to NFL player for that facility.

Brone met with Autry’s surgeon to learn everything he could: where he was physically, where he needed to be and what the surgeon saw during the procedure.

A professional athlete like Autry would require a variety of equipment and facilities for comprehensive rehabilitation. So, Brone took a dual approach: he partnered with the YMCA, which offered its facilities for the two to use, in addition to Atrium Health’s rehabilitation facilities. Brone then spoke to Autry to learn his goals, which would guide their sessions.

“Denico’s primary role is to put pressure on the quarterback. Handwork, footwork and sacks, that’s his job,” Brone says. “Our job was to take his particular athletic endeavor and break it down into smaller movements.”

They began a rehab regimen that took them from weight rooms to athletic fields to CrossFit gyms. The first 10 weeks of rehab took place at Atrium Health Stanly, where Brone utilized multiple areas of the hospital to make sure Autry received necessary care. They met at the YMCA for the last six weeks and used a variety of spaces: the weight room, a CrossFit room, the basketball gymnasium and an outdoor field. The breadth of training offered to Autry is indicative of the patient-centered approach by Brone and his team.

“We were doing some of the old-school stuff. We got a little CrossFit in there, we got a little boxing in there,” Autry says. “It’s about getting back stronger, and we had a pretty good variety. We mixed it up and touched all the bases.”

To Brone, the best rehabilitation services are those that collaborate with a patient’s medical team and listen closely to patient goals. For people who go to Charlotte for surgeries, following up with rehabilitation in facilities closer to home can become a major timesaver.

For Brone, working with Autry became a special opportunity to connect with someone he worked with years ago. It was a full-circle experience to help the Albemarle Bulldog return to the NFL stage. 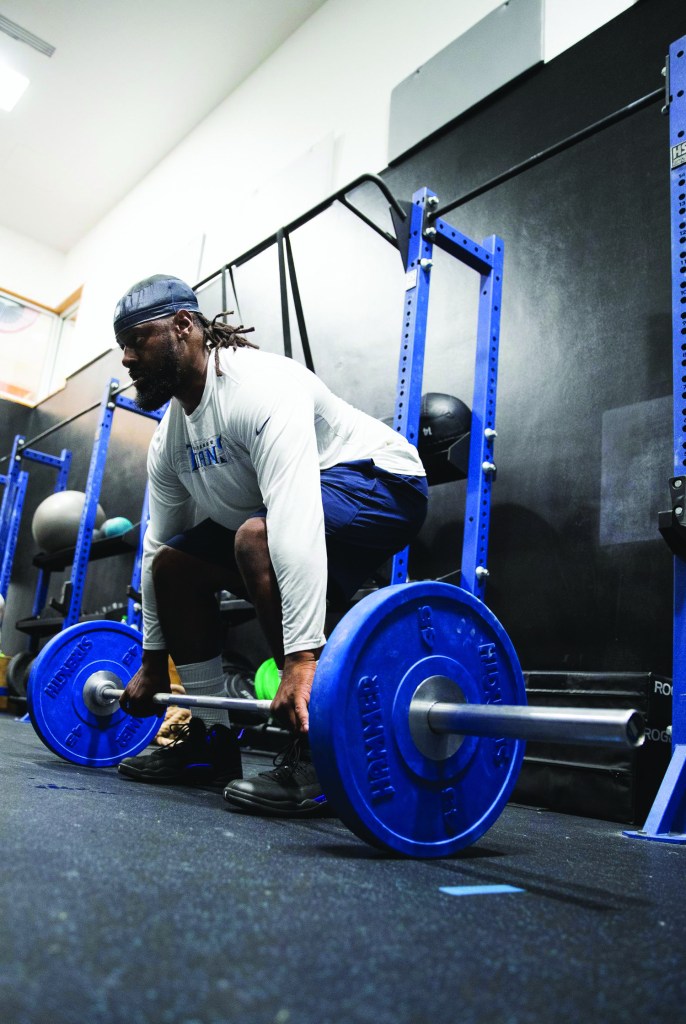 Denico Autry used facilities at Atrium Health and the YMCA during his rehabilitation. (Contributed)

“It’s special. Denico is from this hometown of ours, and I’m just proud that I got to work with him,” Brone says. “He’s just a fantastic guy. I don’t care if h’’s a goat farmer, fisherman or if he plays NFL football. He’s just a special guy and I’m glad I got to meet him.”

And for Autry, it was special to get the rehabilitation services he needed in the town where he lives.

“I have personal goals that I may be able to reach now because I worked a little harder than I really have my whole career with Scott,” Autry says. “I just needed that good, old-fashioned workout, and I get that every time I come to see him. I accomplished what I wanted to and more.”