Toby Kenneth Neal, a student at Stanly Community College (SCC), was installed along with five university students from across the country as officers of Future Business Leaders of America Collegiate at the closing session of the organization’s recent National Leadership Conference. 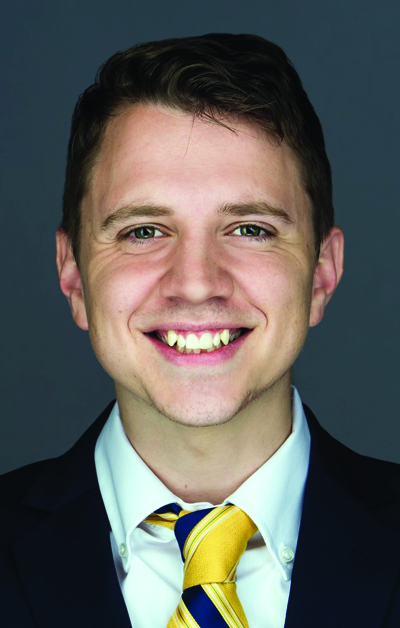 Toby Neal, a Stanly Community College student from Mt. Pleasant, has been elected to a national leadership position. (Contributed)

Neal, an Associate in Arts major from Mount Pleasant, plans to transfer to UNC Charlotte and major in history and political science.

He also serves as the SCC FBLA Collegiate chapter president and the state vice president of communications for 2022-23.

During the 2021-22 academic year, Neal was named as the college recipient and nominee for the state Robert Scott Leadership Award, established to recognize the accomplishments of Scott as governor and then as president of the North Carolina Community College System.

He was also one of three students to receive engraved college medallions as recipients of the SCC Student Leadership Awards for 2021-22. In addition to PBL, he was a leader in the Student Government Association and Spectrum, a student organization promoting awareness of all areas of diversity in college students.

He is the third SCC student in its 49-year history to be elected as national officers for the organization.

“I joined Phi Beta Lambda last fall because I was told there would be ‘opportunities,’ but I had no idea they would extend to being an officer at the state level – and certainly no consideration of a national position,” Neal said. “I expected to receive a good education at SCC, but the leadership training has been a surprising additional benefit! I am very appreciative of the encouragement and support I have received, and I am very proud to represent Stanly Community College in these state and national positions.”

Other officers elected at the National Leadership Conference are from the University of Northern Iowa, Penn State University, the University of Wisconsin, Mercer County Community College in New Jersey and Southern Utah University. The group attended officer training sessions at the FBLA National Center near Washington, D.C., following the conference.

Among their efforts during the year will be promoting the rebranding of FBLA Collegiate from its former name of Phi Beta Lambda, the Greek letters beginning the words “Future Business Leaders.”