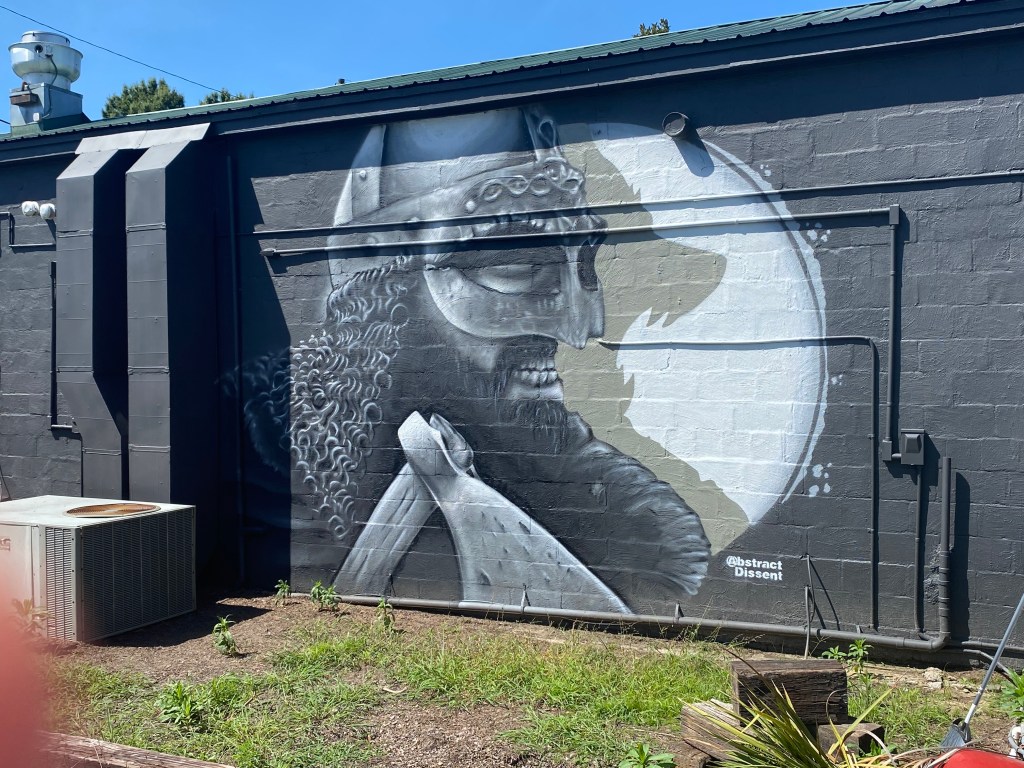 An image of a Viking gearing for battle with a battle-ax.

Buzzed Viking Brewing Company, which is opening its new brewery in Locust in the coming weeks, recently removed its spray-painted murals after learning the art was in violation of a city ordinance.

The decision to remove the murals, which included a large raven and a vicious-looking Viking with a battle-axe, has been met with resistance from some within the community.

A Change.org petition asking for the murals to be repainted was created a few days ago and has already garnered more than 1,300 signatures.

The problem, though, is the plan did not include any information about outside murals.

As part of the rezoning application, applicants must submit several pieces of information including a “comprehensive site plan, if commercial or multi-family,” Efird said, though it does not go into detail about what that entails.

“We tell them specifically, anything you want to do to the exterior of that building, you need to show it on your site plan,” Efird said.

Shortly after the permit was approved, Buzzed Viking hired Shane Pierce, a Salisbury artist who owns Abstract Dissent Studio & Gallery, for the outside murals. A few days after the artwork was up, the owners received a notice of violation from the city. Two smaller murals were outlined but never finished. 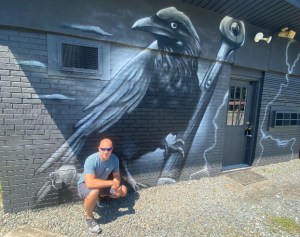 Co-owner Jon Pokorny in front of the raven mural.

Pokorny said when creating the site plan, he did not yet know they were going to have the outside murals. It was only after he found out about Pierce and his talent as an aerosol artist that the idea came to light.

Efird said the owners had two options: they could resubmit a revised site plan as part of the rezoning permit, including sketches of the drawings, or they could paint over the murals.

Buzzed Viking wanted to keep the murals, but Pokorny said he was told by the city that if he and Moroe resubmitted the revised site plan, the council would likely deny it.

According to an Aug. 3 email shared with The Stanly News & Press that Locust Town Administrator Cesar Correa sent to Pokorny, Correa told him he had talked with city council members to “gauge their position on a potential approval … through the site plan change request,” but the “consensus amongst them is unfavorable.”

“I’m confident if you proceed with the site plan change it will be denied,” Cesar added.

“I want those things there,” Pokorny said about the murals. “They’re awesome, the people liked them, the artist did good work. There is zero reason why I would want them to not be there.”

Pokorny said it was not the brewery’s intention to create any kind of conflict with the city.

“I’m trying to be a positive part of this community and obviously right now we’re kind of ruffling some feathers,” he said.

Pokorny is aware of the petition and said the support from the community for his business “has been incredible.”

Pierce posted a Facebook video about his murals being taken down and a link to the petition. He said he has looked for specific city ordinances detailing how art has to be included as part of site plans, but could not find any.

Pierce said some cities, like Salisbury, appreciate his street art while others have problems with it. He said his art is a form of free speech, which is protected by the First Amendment.

Councilman Mike Haigler wrote on Facebook Friday that he does not consider a mural to be a sign and “I can’t say that our sign ordinance specifically discusses or covers murals.”

Haigler said Locust needs to have a specific ordinance covering street art and murals, noting he has talked with Correa about looking into ordinances adopted by other municipalities concerning the topic.

“I think it was interesting and impressive art,” Haigler wrote, “but it didn’t go through the proper processes and everyone, every business is held to the same standard.”

Buzzed Viking is in the 5,000-square-foot space along West Main Street that used to house Outfitters Steaks and Seafood. Porkorny said the tentative plan is to open by the end of October. There is another location in Concord.