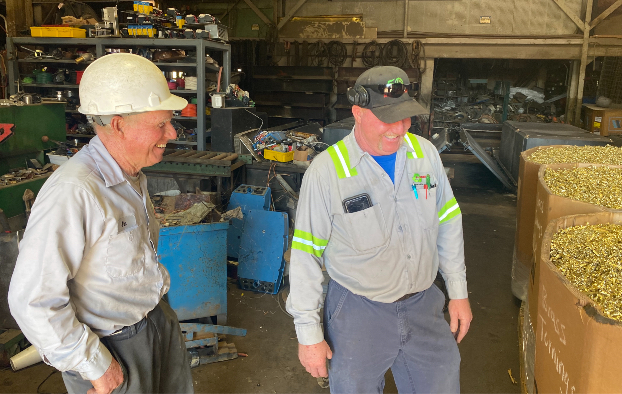 Jim Lowder, who runs A.L. Lowder, is shown with his son Lane. (Photo by Chris Miller/staff)

It has been said that one person’s trash is another person’s treasure. For A.L. Lowder, Inc. in Albemarle, it has been able to craft a successful family-run business with that adage at the forefront.

The company, at 435 Willow St., is likely most known for its sprawling on-site metal recycling facility, where it processes all kinds of scrap metal before shipping it to processors across the country.

“If you have an imagination, you can take a lot of stuff that is no good to someone else and it can be invaluable to others,” said Lane Lowder, who’s father Jim runs the business.

After decades of serving the community, the company recently achieved a significant milestone: it has been in operation for 50 years. An anniversary celebration featuring employees and long-time customers was held Sept. 24 at Market Station.

A raffle was held during the event, as a way of honoring Jim Lowder’s wife Marilyn. A total of $2,000 was raised, which will go to help Stanly Community Christian Ministry.

“(The staff) really worked at getting it together,” Lowder said at the event. “We are tickled to be in the position to (celebrate 50 years).”

For Lane, success comes from “actually doing what you say you’re going to do. You do the job and do it correctly. That’s the way A.L. Lowder has been able to sustain (success).” 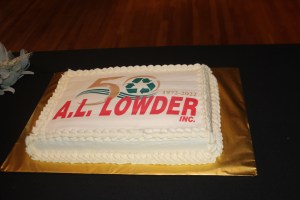 A cake commemorating A.L. Lowder’s 50 years of service to the community. (Photo by Charles Curcio/staff)

Ever since he was a young boy, Jim Lowder has been most comfortable working with his hands. When he was 14, he bought an electric welder and cutting torch and began processing the scrap metal people gave him. He hauled the metal to a scrap yard in uptown Charlotte, on the current site of Bank of America Stadium.

“It’s somewhat unsightly, but it’s still usable material once you get it to the scrap yard,” Lowder said.

Lowder also began pouring concrete with his father, Arnold Lee Lowder, when he was in school. Many of the county’s sidewalks and curbs that people walk on and drive past each day were completed by Lowder and his father, according to a company brochure.

Following a brief stint with Collins & Aikman after high school, Lowder went back to working with his father in the concrete construction business. 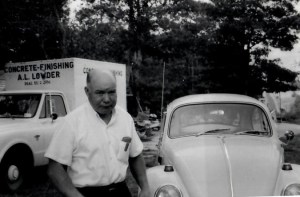 In 1970, the family purchased the property on Willow Street, which was a former septic tank plant, and two years later the business incorporated, with the name derived from the initials of Lowder’s father. His brother Arnold Jr. also worked in the business.

As A.L. Lowder expanded over the years and hired additional employees, the business grew beyond pouring concrete and selling septic tanks. The company began purchasing commercial properties across the county in the 1980s (it currently has about 15), started renting portable restrooms to construction crews and anyone else who would need them in the early 1990s and purchased its first roll-off container a few years later.

As a kid, Lane, who is the middle child, helped his father and grandfather pour concrete, but once he finished high school, he started working full-time at the company, mainly focusing on metal recycling.

“It just felt like the recycling business was a good avenue to expand and it wasn’t quite as hard as pouring concrete,” he said. “It’s very enjoyable. You never know what you’re going to get.”

Lowder’s youngest child, Paige Emerson, joined the business around 2004. Her main focus is overseeing the commercial properties. Carla Weyrick, the eldest child, is a realtor in Charlotte.

Marilyn Lowder, Jim’s wife, had been an integral part of the business since its founding before stepping away around 2015 due to health problems.

The company currently has 20 employees, including Lowder and the two children.

“We have some of the best employees,” Lowder said. “You can’t hold a mirror to them; they will break a mirror, they are so good. They’re loyal; they are there every day. If you tell them to be there at 4 o’clock in the morning, they will be there. You don’t have to worry about them being there.”

One of those employees is Danny Riedel, who has worked at the business for 15 years.

“It’s like a family,” he said. “It’s hard work, but everybody is pretty close knit. There are good and bad days like any family.”

Riedel, who has known Lane for close to 40 years, appreciates the example the Lowder family continues to set for their employees.

“The Lowders have a good work ethic,” he said. “They never ask you to do something a lot more than they do. They all outwork all of us.” 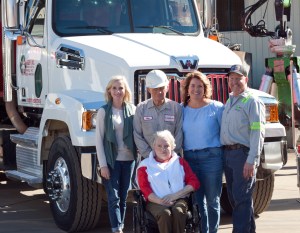 When first stepping onto the scrapyard, which is about four acres, the first thing one likely notices are the mounds of scrap metal piled high all around. It looks disorganized, but there is a method to the apparent madness.

“It looks like a mess, but it is a controlled mess,” Lane said. 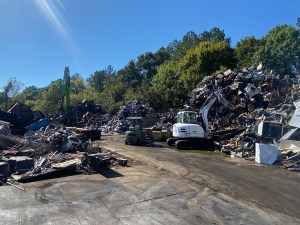 There are large mounds of scrap metal all around A.L. Lowder’s recycling facility. (Photo by Chris Miller/staff)

And it is a critically important mess as the scrap metal the company recycles accounts for about 60 percent of its annual revenue.

Whenever businesses or individuals recycle their discarded scraps, the pieces get weighed and then, if various components are tangled together, employees cut and separate the metals.

A.L. Lowder typically receives more scrap each day as a result of “peddler traffic,” but the company receives a larger volume of product from its industrial customers.

With every material having a different monetary value, each is sorted, separated and then processed.

Romex copper wires, for example, are fed into the “copper chopper,” which removes the insulation and impurities and turns it into bare bright — the most valuable copper for scrap dealers.

Heaps of aluminum get placed in a compactor, which reduces the volume, before going into the baler, which processes the recyclables into condensed packages for easier storage. 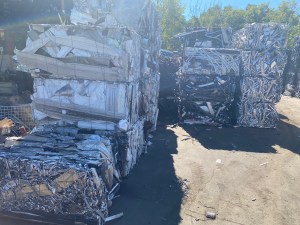 The heaps of aluminum materials get turned into compact bales.

The majority of the processed scrap gets sent to steel mills in Darlington, South Carolina, though other material gets shipped to Florida, Alabama, Ohio, Virginia and Tennessee. The scrap gets transported by truck and by rail.

So-called low grade items, including electric motors and brass and copper, are often exported to countries such as India, Pakistan and Turkey.

Much of what the company sells and when it sells it depends on factors such as the stock market.

The man and his hat

Having worked in the community for five decades, Jim Lowder has become known for one distinct feature: his signature white hard hat, which he wears everywhere.

“Everybody knows him as the guy with the hard hat,” Emerson said. “He leaves the house with it and it doesn’t come off until he goes back home.” 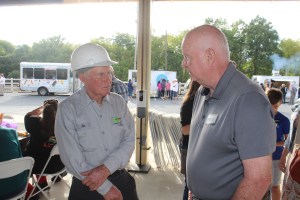 Jim Lowder, left, who always wears his hard hat, speaks with Sonny Lowder at the celebration. (Photo by Charles Curcio/staff)

About 20 years ago during a birthday celebration for one of his friends, Lowder remembers he was not wearing his hat. Though he was only a few feet away, several people in attendance were concerned that Lowder had disappeared.

“I was within seeing distance of them, but they didn’t know,” he said with a laugh.

The hat, which has become so intertwined with Lowder’s identity that he says he feels naked without it, is much more than a stylish accessory; as someone who is routinely around heavy machinery, the hat is a source of protection.

While working on some plumbing issues underneath one of his properties many years ago, Lowder recalls not noticing a jagged piece of cast-iron pipe until it was too late.

“If I had not had my hard hat on, I am not sure I would be alive today,” he said.

No plans on slowing down

At 78, Lowder still enjoys coming to work each day and has no plans to slow down. When asked if he has ever thought about retiring, he gave a terse one-word answer: “Never.” His father worked at the company into his 80s.

“I don’t see any reason to quit,” he said. “It is so much fun compared to years ago.”

Being able to work alongside his family over the years, which Lowder has called a “blessing,” has played a key role in sustaining his longevity.

Whenever the time comes for him to step away, the plan is for Lowder’s children to take over. With all that he has accomplished, it is a responsibility they don’t take lightly.

“He has maintained a reputation that is something that we hold dear,” Emerson said. “He honors and respects his father and it means so much to us to maintain that through the generations.”

Charles Curcio contributed to the story.