Trey Whitley, 17, of Locust, has earned his Eagle Scout badge, which is the highest rank advancement presented in BSA Scouting.

A member of Troop 202, chartered by Locust Presbyterian Church, he is one of only two percent of all Scouts who attain the rank of Eagle Scout. 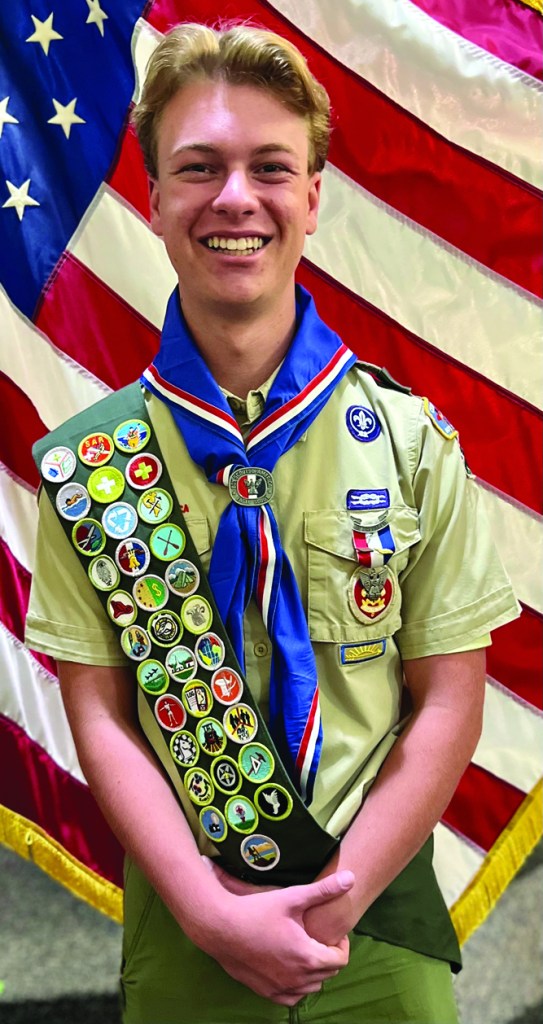 To earn the rank of Eagle, each scout must earn 21 merit badges — Whitley has earned 34 — as well as demonstrate leadership, including successfully planning and completing a community service project.

Whitley’s community service project benefited the Oakboro Blueway Park when he, along with the help of other Troop 202 scouts, set up a flagpole near a picnic shelter.

“Scouting has given me the opportunity to go places and do things that would have been impossible otherwise. I’ve been to California, Utah and Nevada and seen some of the most beautiful places in the world. These are things that I will always remember and cherish,” Whitley said.

A junior at West Stanly High School, Whitley plans to pursue a degree in mechanical engineering when he graduates in the spring of 2024. Whitley started following his older brothers to Scouts when he was just 3 and officially joined Pack 202 when he entered the first grade.

Whitley has been on a number of Troop 202 scouting trips — including an 11-day backpacking adventure through the Philmont Scout Ranch in New Mexico this past summer. He has also traveled in 2018 with Troop 202 to Yosemite National Park in California and a trip this past summer that included the Grand Canyon, Bryce Canyon and Zion National Park.

Troop 202 has been active in the community through The Big Serve, picking up trash along Running Creek Road through the Adopt-A-Highway program and volunteering at West Stanly Christian Ministries.