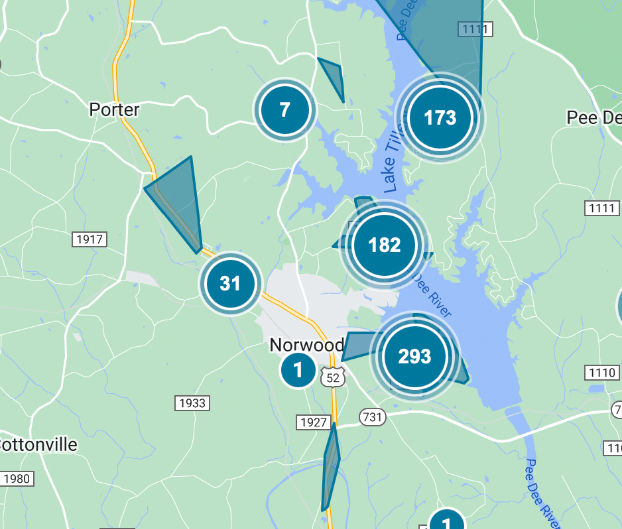 Around 500 people around Norwood are still without power Saturday morning, according to Duke Energy.

More than 1,800 residents in Stanly County are still without power Saturday morning as a result of Hurricane Ian, which arrived in North Carolina on Friday amidst heavy rain and strong wind gusts.

Shortly after 8 a.m., Duke Energy reported 1,692 customers in Stanly as having lost power, which accounts for about 14 percent of its 12,000 customers in the county. There are currently 52 active power outages.

The majority of the outages appear to be in the northern and southern end of the county, according to Duke Energy’s outage map, which gets updated every 30 minutes. About 950 customers around New London are still without power while more than 500 customers near Norwood, especially those along Lake Tillery, are in the dark. In Albemarle, about 120 people are still without power.

Another 163 non-Duke customers in Stanly are also without power, according to the North Carolina Department of Safety, which has been providing statewide power outage data.