Locust company plans to expand into Ohio next year 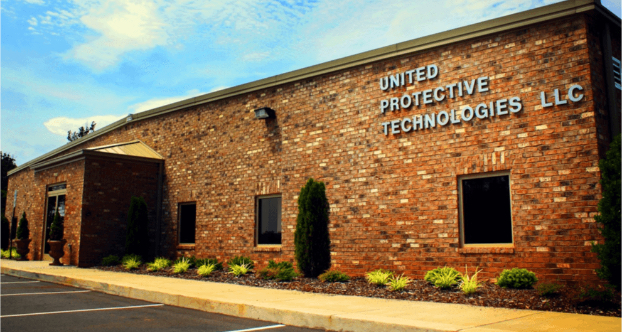 United Protective Technologies in Locust plans to expand into Ohio by early next year. Photo courtesy of Krista Barbee.

A Locust company that specializes in developing protective coatings will soon expand its footprint beyond not just Stanly County but the state as well.

United Protective Technologies, which began in Mint Hill in 2002 with two employees and relocated to Locust in 2008, plans to open a facility in Youngstown, Ohio next year, according to UPT human resources manager Krista Barbee.

“This is super exciting for us,” Barbee said. “Especially knowing the history of the company and how it started on such a small scale.”

The company, which celebrated its 20th anniversary this summer, plans to bring on between 40 to 60 employees over the next five years, beginning with about 10 employees by the end of next year, she said. UPT has close to 60 employees, the majority of which live in Stanly.

Employees in Locust will have the option to decide if they want to relocate, but Barbee said the majority of the workers at the new facility will be from Ohio.

“Nothing is changing here,” she said. “The growth for employees here is definitely going to keep going.”

Expansion is needed because the company has a lot of customers in the North and Midwest “and it would be beneficial for us to have a second location to obviously get more customers and also satisfy customers’ needs,” she said.

In partnership with various businesses, including Boeing, Sikorsky and Lockheed Martin, UPT applies coatings on many industrial, commercial and consumer goods including injection molds, firearms, knives, valves and gears.

The company also performs research and development for many government agencies including NASA, US Navy, US Army and Air Force.

The facility in Ohio will be focused on research and development work along with commercial coating.

“It’s going to be like a mini-UPT up there with the potential to grow,” Barbee said.

When many businesses were temporarily closed during the beginning of the pandemic, UPT was considered essential and was able to continue its operations. Not only did it keep its employees, it hired additional ones.

Staffing increased from about 50 employees at the end of 2021 to now 58, Barbee said.

UPT also has an office and lab space on the campus of UNC Charlotte. At the end of the month, the company plans to hire between four to six part-time students enrolled in the college’s engineering programs.