Over the past several months, there has been a noticeable uptick in the number of Stanly County residents experiencing delays in receiving food assistance benefits, especially individuals applying for an annual re-certification to prove they are still eligible for the program.

Since March, more than 2,400 Stanly County residents have submitted paperwork to reclaim food assistance benefits for another year. But only about 54 percent of the applications have been considered timely, with more than 1,100 still outstanding, a recent public records review by The Stanly News & Press showed.

Re-certifications received on the first day of any month through the 15th is considered timely if it is processed on or before the last day of the same month, Stanly County Social Services Director Dolly Clayton said. If a re-certification is received the 16th or later, it needs to be processed within 30 days.

Data published by the North Carolina Department of Health and Human Services revealed 67 percent of food stamp re-certication applications in April were deemed untimely, the highest percentage in the state, though it fell to 26 percent in June. It was 53 percent in August, only a few percentage points behind Mecklenburg and Wake counties.

Similar-sized counties have not had problems processing the re-certifications. For Haywood, Lee and Pender, which have populations close to Stanly’s 63,000, none had an untimely rate higher than 5% in August.

Throughout most of 2022, Stanly County has ranked among the worst in North Carolina — along with a few larger counties including Wake, Mecklenburg and Randolph — in its efforts to re-certify food stamp benefits in a timely manner.

Much of the reason for the backlog, Clayton said, is due to staffing challenges and an increase in the number of applications and re-certifications.

The county’s Food and Nutrition Services staff consists of eight caseworkers processing applications and re-certifications, Clayton said, though at times the employees have to focus on other areas, such as helping walk-in customers and handling phone calls.

Four new staff members were hired this year, she said, but there are still two vacancies, including a new position, which was budgeted as part of the 2022-23 fiscal year. 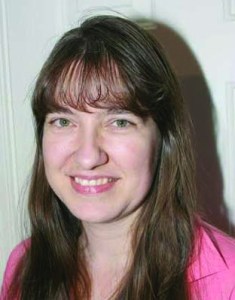 Dolly Clayton said her department is working to reduce the food stamp backlog.

Before the pandemic began locally in March 2020, Stanly had 3,471 households receiving Food and Nutrition Services, Clayton said. Less than two years later, in January 2022, the number of households needing assistance skyrocketed to more than 5,200, before falling to 4,905 as of March. There were 4,456 households receiving food stamps as of August, which averages to about 557 cases per worker.

Re-certifications were temporarily suspended during the pandemic but began again in January, Clayton said, noting that staff hired in 2020 and 2021 received “minimal training on re-certifications” due to the suspension.

In the first two months of the year, of the roughly 600 re-certifications, only seven had been untimely; that increased to 145 untimely re-certifications in March and it’s been an uphill battle since.

Stanly County Social Services received more than 2,600 FNS applications from January to August, an average of about 327 per month, according to state data. In 2019, the department averaged about 268 applications each month, Clayton said.

It is not just the Stanly social services that is feeling overwhelmed. More than 77,000 FNS applications were received throughout the state in July, the highest total in more than two years, since 91,000 were received in April 2020.

“Our Food and Nutrition Services staff members are hard-working and dedicated to the residents of Stanly County who apply for these services, and I am proud of them for their efforts towards timeliness even with our staffing challenges and increased workload volume,” Clayton said.

While Clayton acknowledges the struggle to re-certify food stamp benefits in a timely manner, when it comes to the so-called “expedited” cases, for families or individuals experiencing a food crisis, those applications have been processed at a higher rate.

To try and reduce the backlog, Clayton said her department has been looking to hire additional temporary staff and current employees have worked longer hours. She said the state has also pursued waivers with the federal government to automatically extend certification periods for households.

Clayton is confident the department will eliminate the backlog, it will just take some time.

“If we were fully staffed, with fully trained staff, then our processing timeliness would absolutely improve,” she said. “However, getting there takes time. These staff members are dedicated and committed to this work, and I know that we can get there, it just won’t be overnight.”

“I am grateful for the support of county management for adding the requested additional position to this unit to help with the increased volume of the workload,” Clayton continued. “We are very aware that these are important benefits and are staying on top of this issue as it remains at the forefront of our minds.”