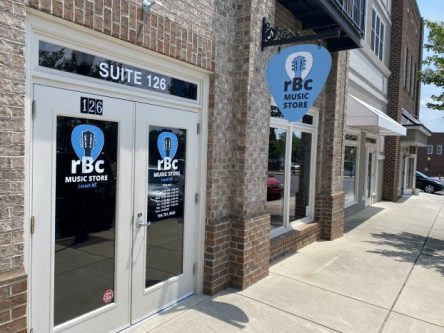 As a way to honor families who have lost loved ones to addiction and offer hope to those still struggling, rBc Music Store in Locust will host M.E.G. Fest Saturday, featuring live music, arts and vendors at the lawn behind City Hall.

The event will run 10 a.m. until 5 p.m. and is free to the public. As of Thursday, eight bands are slated to perform, and there will be 18 vendors, including local artists such as Joyce and Terry Hatley, Donna Carter and Erica Brasington.

The festival is named after owner Ronnie Black’s daughter Meagan, who died four years ago from a drug overdose. She loved music and would often play the guitar alongside her father in their church’s praise band.

“I never knew Meagan, but I can tell you the impact that Meagan has had on the people in this community,” said Christina Black, Ronnie’s wife, who helped organize the event.

Much of the inspiration for the music store, which opened last year and is at 150 Ray Kennedy Dr. in Locust Town Center, was to offer a safe place where people could come together and enjoy music.

“It’s Ronnie’s heart to provide a place through this store for young people to have a place to hang out that is safe, that is free of drugs and the temptation of drugs,” Christina Black said. “M.E.G. Fest was borne out of that desire.”

The tagline for the event is “Music Elevates Grace.”

The proceeds for the event will benefit two local organizations working to help people struggling with addiction: Ground 40 Ministries and House of Pearls, both based in Monroe.

“So many young people are trying to overcome drug addiction. I really like what Ground 40 and House of Pearls represent and is trying to do,” Ronnie Black said. “Overcoming addiction is hard. The only way to truly find a way to control addiction is to have God in control of your life. M.E.G. Fest is an opportunity for these ministries to let people know what they are trying to do. We hope to help people find help. If this event helps just one person, it is worth all our efforts.”

Twenty items will be given out as part of the raffle drawings, including gift cards, gift baskets and guitars.

The musicians and bands that will perform include Ethan Wallace, Chelsea Clare, Jim Pennea, The Gardners, Valhalla, Defenders of the Cross, The Sour and Johnny Dinosaur. Music will begin at 9:30 a.m. and each singer/group will perform for 45 minutes.

Christina Black appreciates the help from so many people in the area who have helped make the dream of a festival honoring Meagan a reality.

“This has truly been a community effort,” she said. “I cannot tell you how many people have come to us and said, ‘We’d like to help.’ ”

“It’s going to be a great success because of everybody that has come together,” Black added, noting at least 14 volunteers will be helping. “We could not do it without all the hands that we have had.”