STANLY MAGAZINE: A sense of family has been what’s connected Rusco Fixtures over the years 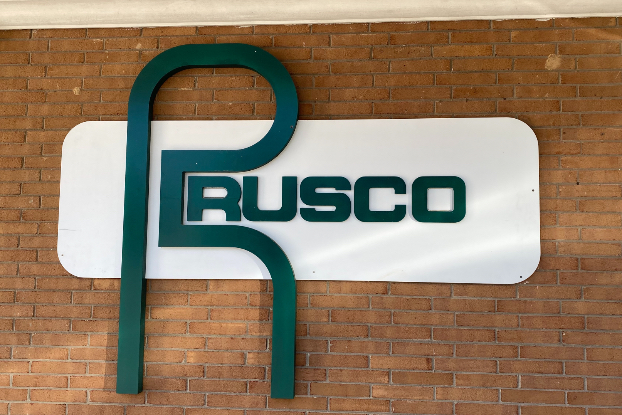 Rusco Fixtures, which began in Oakboro, is now based in Aquadale.

For many decades, Stanly Fixtures and Rusco Fixture Company, located only a few miles from each other in Aquadale and Oakboro, were friendly competitors, trying to gain an upper hand in the competitive market of retail fixture manufacturing while also helping out whenever possible.

Both fixture installers have worked for big-name clothing flagships over the years, including Macy’s, Belk, Lord & Taylor and Neiman Marcus, designing and assembling the interior of each space with  cabinets, jewelry cases and other types of furniture.

Unlike other fixture businesses which might focus on mass producing the same types of products, such as specific cabinets or doors, Rusco tailors its work to what the companies are requesting.

“We’re definitely more custom work and that’s the niche that we look for,” Slater said.

After years of competition, the two were placed in the same orbit in 2019 when Don Russell, owner of Rusco, which opened in 1976, purchased Stanly Fixtures, though each business continued operating independently. It wasn’t until last November that the decision was made to merge both companies under the name Rusco Fixtures. Slater is one of the vice-presidents of the company.

“During the middle of Covid, there wasn’t enough business for both places,” said Stephen Russell, Rusco vice president and Don’s brother, regarding the decision to combine forces. The original Rusco employees from Oakboro moved to the 125,000-square-foot manufacturing plant in Aquadale, located along N.C. Highway 138 next to the elementary school. 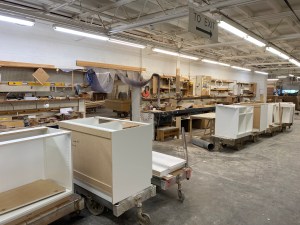 Much of the Aquadale facility is comprised of the actual manufacturing plant where employees build the necessary products for companies like Macy’s and Belk.

Much like the sprawling facility (which has an active spring on site and about a century ago was the home of a movie theater), the company itself has a dynamic and interesting backstory.

“There’s a lot of layers, I can tell you that,” Slater said.

A family business to its core

When asked what has been the best part about working at Rusco, Stephen Russell quickly answered with a one-word reply: “Family.” His family has been a key thread connecting both fixture companies over the decades.

It began with Ben, Russell’s father, who began his career in the fixture industry at Young Manufacturing Company in Norwood in the early 1950s. He left to start his own business, Russell Fixture Company in Locust, in the early 1960s. That venture lasted about three years before it closed; Russell then began work at Stanly Fixtures, which opened in 1959. His sons Roddy, Don and Stephen also spent time at the manufacturing plant.

Don’s son Jeff remembers playing around the facility on Saturdays.

“I ran around in the dark out there,” he said.

The Russell family stayed at the Aquadale facility from 1964 until 1976. It was at that point that Ben, along with his three sons, opened Rusco Fixture Company in Oakboro.

During his tenure with Rusco, Jeff worked in almost every state this side of the Rocky Mountains. One of his most memorable experiences was spending a summer in New York City as a teenager. Stationed across the river in New Jersey, he and his team traveled each morning into the city through the Holland Tunnel, where they worked to install American Express offices in both World Trade Center towers.

Stephen recalls telling Jeff upon leaving Stanly Fixtures for the new venture in Oakboro that “I’ll never be back.”

That was the plan, even after Don purchased Stanly Fixtures in 2019. But the pandemic and Don’s death last April changed the plans for both companies’ futures.

“We all had our jobs and knew what to do, but Don ran the company,” Slater said. “Don did everything.”

While Stephen and Jeff, who is now president of the company, are still going strong, they don’t have to look too far whenever they decide to retire and step down. Stephen’s son Seth is a fourth generation Rusco employee and Jeff’s son Mitchell is a fifth generation employee.

Even when the companies merged, there was no territorial turf war that emerged, according to interviews with several employees.

David Hargett, who has spent 11 years working at the Aquadale facility, most of which was part of Stanly Fixtures, said the merger with Rusco, including getting to know his new co-workers, has been “pretty smooth.” He’s one of three full-time builders, the other two came from Rusco. “There’s not been a lot of change on my part.” 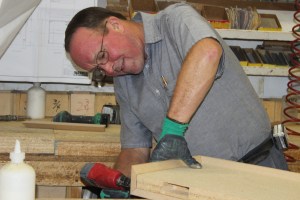 There have been several advantages for Rusco employees in their move to the Aquadale facility. “There’s more machines and a whole lot better equipment,” said Danny Hatley, another of the full-time builders. 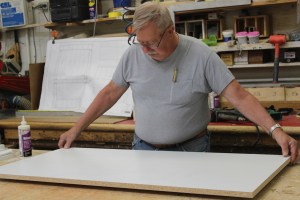 Danny Hatley, who was at Rusco in Oakboro, said he’s enjoyed being able to work with better machines since he’s been at the Aquadale site.

The end of an era

While the two companies in their heyday combined to have more than 200 employees, Rusco Fixtures now has around 50 workers, most of whom are involved with the construction and installation of the various materials (doors, cabinets, cases, lights) that get assembled at the plant.

One of the most indispensable workers has been Joe Furr, 82, who forged a strong relationship with the Russell family over his many decades of service. Having worked at the original Rusco facility in Oakboro and the new iteration in Aquadale for close to 45 years, there’s not much involving the company that Furr does not know about.

“He’s known me since I was knee-high,” said Jeff Russell.

Soft-spoken and a man of few words, Furr is the type of employee who loves his work but seeks to avoid any type of attention being placed upon him.

“I just like the company,” he said, noting he’s built all kinds of furniture during his tenure. “They’ve been good to me.”

Even though Furr, who retired July 1, will miss coming to the facility each day and interacting with his peers, he said it’s time to walk away.

“Joe by far is our best builder,” Slater said. “The experience and knowledge that he has in his head when he retires, he takes all that with him.”

Having known him for many decades, dating back to their time in Oakboro, Stephen said Furr is just like family.

“I’m gonna miss him, he’s been with me for so many years.”

Should Furr reconsider his retirement plans, Slater said, the company has an “open door policy” and that he can always return.