Editor’s Note: For coverage of the primary election, The Stanly News & Press sent questions to each group of candidates. We limited their responses to 200 words per answer. Answers appear as is, with the exception of editing for grammatical/ spelling errors or length. This allows potential voters to see the candidates through their own words and gives equal opportunity for the candidates to respond.

* did not provide answers

1. What are your qualifications for serving on the town council and what are your reasons for running for office? 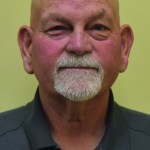 Rogers: I served on the town council for nine years before taking a job out of town. I also have served on several state boards.

I am running for the board because I want to make sure that the best interest of the citizens is looked after.

Daniels: I served on the New London Town Council for 18 years from 1983 to 2001. At that time, I decided not to seek re-election and take a break from being on the council.

In 2013 I was approached by a group of concerned citizens and asked if I would consider being a write-in candidate for mayor, there were two other candidates on the ballot at the time. I won that election as a write-in over the other candidates.

In 2018 I was re-elected as mayor, so in total I have 27 years of local government experience. I would like to serve again to complete several projects that are in the works.

2. Which aspects of the town’s existence are most important in terms of growing the town or limiting growth, in your opinion?

We have room for both industry and housing. Growth is coming, and we will be prepared for both by using our land use plan and existing zoning regulations.

3. New London has attracted many people to visit the town with the construction of the new park. How should the park best be used moving forward for the town?

Rogers: The new park is a great place for citizens to come and enjoy the many things that there is to do at the park.

I would want to make sure the park is well maintained and continue to make it better for our citizens.

Daniels: Our park is being used by citizens from all over the county and we have had only positive comments of the design and layout of the park. Just this past week we completed an additional shelter to help accommodate the demand for shelter rentals.

Possible expansion could include enlargement of the playground and additional shelters located out on the trail system.

We also just finished a large flat playing field that can be utilized for any outdoor sport.

4. What do you see as being most important for the future of New London?

Rogers: To give the citizens the most bang for the buck. And make sure that the board is transparent and listens to concerns that our citizens have.

Daniels: Controlling new growth by strategic location of new industry and residential growth adjacent to existing residential areas is important for the future of New London.

As I said in a previous question, growth is coming and to maintain the small-town charm of New London is a priority for me.