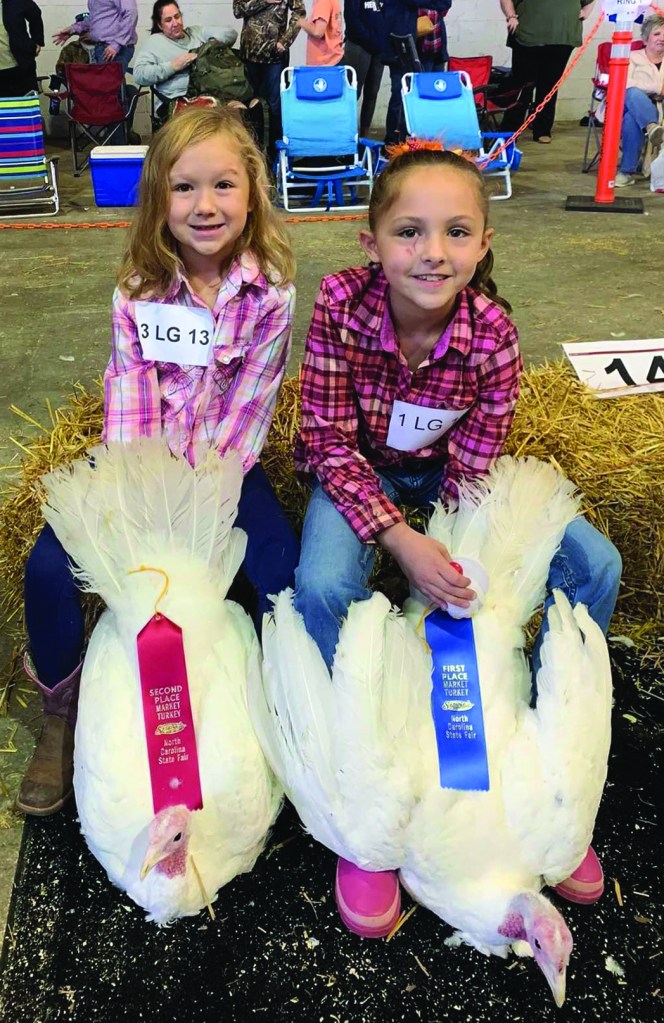 In June, Cora and Laney picked up their young turkeys — known as “poults.” The girls then raised, cared for and practiced handling their birds for the next four months leading up to show day.

Cora and Laney competed in the same class at the show, placing first and second, respectively.

Both girls qualified for the championship class in their division.