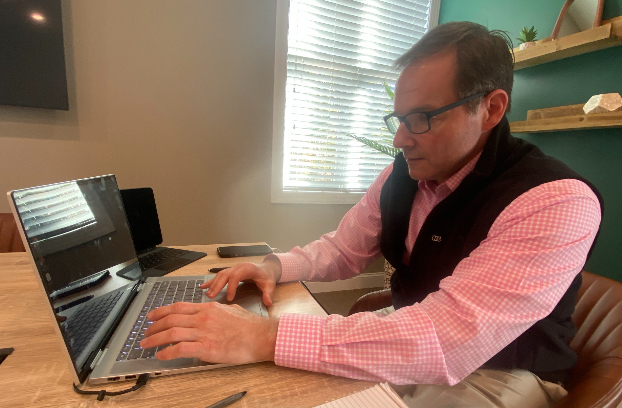 Looking for an opportunity to parlay two decades worth of experience getting to know residents in Stanly County as a financial advisor, Andy Rose took a chance on himself recently when he opened Andy Rose Wealth Management, which has locations in Albemarle and Locust.

Rose helps people with retirement and estate planning and how to set up power of attorney, among other items.

“With each client, we have a sit-down, we have a process, we have a plan and we have goals,” he said. “From A to Z, we want to be that point-person that can be there to see things through for you.”

Originally from Cleveland, Ohio, Rose moved to Charlotte in the early 1990s, where he spent several years selling cellphones before starting his financial career with Smith Barney in 1997. In 2002, he began working for First Union, which eventually became Wells Fargo, in Stanly County, where he enjoyed getting to know the locals.

“I immediately picked up on the fact that it was a small community, people know people and everyone is treated well,” he said.

He had contemplated starting his own firm for a long time, as he considered Stanly to be the “ideal place to be an independent advisor” due to it being such a “relationship-driven” community, but much of his time was devoted to his father, Edward, who had Parkinson’s disease and dementia and lived close to him in Charlotte.

Edward, who Rose called his role model and best friend, died in early January. Rose then decided to take the leap and leave Wells Fargo to become a private wealth advisor.

“In his memory, if you’re going to do something, you have to go and do it,” he said, noting he told Edward about his dream and said he had been very supportive.

“He was just an amazing person and a great father,” Rose said.

With every customer he meets, Rose always makes a point to mention his father and how the business would not have become a reality without Edward’s belief in him.

Modeling his firm after his time at Wells Fargo, where he traveled back and forth to meet with clients in Albemarle and Locust, he wanted to open locations in both cities. His Albemarle office is at 234 E. North St. and his Locust office is at 236 Market St., above Medical Pharmacy, in Suite 230.

Rose anticipates he will have fewer clients than he did while at Wells Fargo, which will give him more time to make sure he is providing them with the best financial services possible.

“I think this will allow me to be an actual better advisor to my clients,” he said.

His vision is for his firm to continue building and growing as Stanly County expands around him.

Aside from Rose, he has a full-time sales assistant and a marketing director, Kara Jane Brown, who helped him find and decorate his space and created his website.