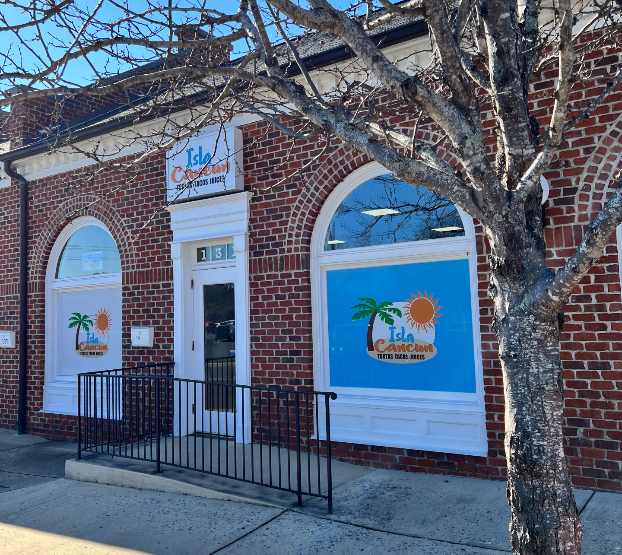 Isla Cancun, which features an assortment of tacos, tortas, juices and malts, is opening in the old Subway shop at 131 Ray Kennedy Dr.

“We’re feeling pretty excited and it’s been a long time coming,” said Miguel Santoyo, who is running the 1,500-square-foot restaurant along with his parents, brother, sister and cousin. They also operate El Vaquero Mexican Grill, which has been in Locust since 2012.

The name was inspired by Santoyo and his family wanting to come up with something tropical (isla is Spanish for island) but still related to Mexico (Cancun is a popular tourist destination in the country).

“We put them together and came up with Isla Cancun,” he said.

Having been around the the restaurant industry for most of his life, Santoyo, who grew up in Stanly County, was helping his father run a Mexican restaurant in Oklahoma when he was inspired by a friend, who operated a sandwich shop that also sold juice and malts.

The family had been planning to open a restaurant since last year and once Subway moved out of the space earlier this year, “we saw this building as an opportunity, so we were like, ‘let’s go for it and try it out,’ ” Santoyo said. 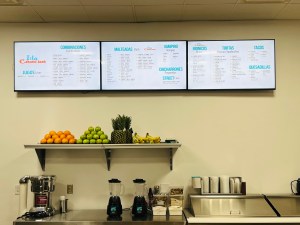 Unlike El Vaquero, which Santoyo describes as more “Tex-Mex” cuisine, Isla Cancun’s menu will feature authentic Mexican dishes that customers may not have had before, including a lengthy list of tortas, or Mexican sandwiches, such as milanese de res (breaded steak), salchicha (pork franks), loco de puerco (shredded pork) and tinga de pollo (shredded chicken with chipotle). 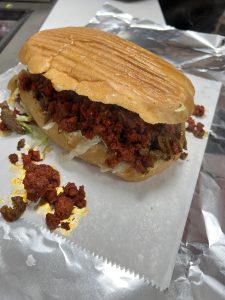 The restaurant also offers tacos and quesadillas with traditional meats (chicken, chorizo, steak) and some that might be unfamiliar to people, such as lengua, or beef tongue. Customers can also get barrio tacos and quesadillas, featuring slow-cooked meat and other selections inside tortillas that have been immersed in a spiced broth.

Birria “has become really popular, a lot of people like that dish,” Santoyo said, noting the broth will also be offered on the side so people can use it as a kind of dipping sauce.

“Hopefully it will be something different that will attract the people of Locust and the surrounding areas,” Santoyo said. “It might interest them and they might be curious to come and try it and hopefully they do.” 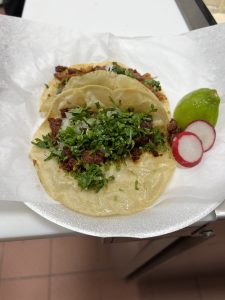 Also on the menu are chicharrones, which is a dish generally consisting of fried pork belly or fried pork rinds, and street corn, which is fresh cheese, mayonnaise and tajin, a unique seasoning made with a simple blend of mild chili peppers, lime and sea salt. 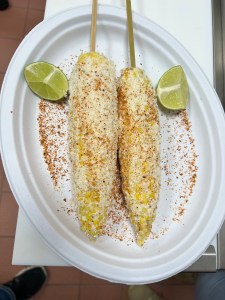 An order of street corn. Photo courtesy of Miguel Santoyo.

In addition to the food, the restaurant offers freshly squeezed fruit and vegetable juices including El Vampire (a mixture of beets, celery, lime, carrots and orange juice), which Santoyo said “is really popular among the Hispanic culture.” Isla Cancun also will have a variety of malts, such as chocolate, vanilla, mango and banana.

“We have an extractor, that way if they want a carrot juice with beets or celery, we will make it right then and there,” Santoyo said. “Everything will be all natural and healthy.”

The restaurant is open 8 a.m. to 7 p.m. Monday through Sunday, though those hours will eventually change.