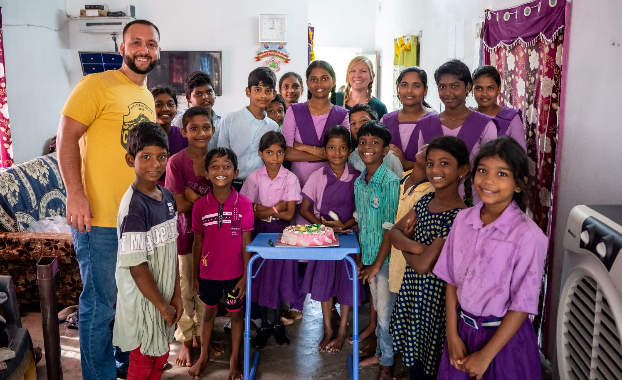 When Jordan Whitley was a young child growing up in Albemarle, she remembers a man from India visiting the county and speaking at local churches about the many ways God was working to help people in his home country.

Inspired by the man’s message, Whitley told her parents she wanted to visit India. Over the years, whether it be because of political turmoil or bad weather, the trip never materialized. But Whitley never gave up hope.

It was many years later, in 2020, when Whitley and her husband TJ happened to find out through social media about an under-funded orphanage in India. Guided by their faith, the couple took several months to pray about how they could help and asked God for wisdom.

They also spent time researching and vetting the orphanage, which was located inside a church in Andhra Pradesh, a state in southeastern India, and spoke several times with the man in charge, Pastor Elisha. The couple even learned a bit of Telugo, the official language of residents in Andhra Pradesh.

“We really try to put our faith at the forefront of our lives and let that lead all the decision that we make,” she said.

After about six months, the couple decided to financially help support the orphanage, they specifically paid for groceries, and they also started getting to know the children through FaceTime. They even kept track of each of the kids’ birthdays.

“It’s really neat to see how people can connect all the way on the other side of the world,” she said, noting she was “shocked” with how little American money it took to make an impact in India.

As a result of the couple’s support, the orphanage — which expanded from around 12 kids when Whitley first heard about it to now about 30 — was named Mira’s Children’s Home, after Whitley’s daughter who was born in 2021. The typical ages of the kids range from around 6 to 14.

“We’ve really got to see the progression of the growth of this orphanage,” she said, noting the children went from initially sleeping on the floor of the church’s sanctuary to sleeping on mattresses and later bunkbeds, which Whitley and TJ purchased.

Finding a way to help people in her own community

After helping to provide for people halfway across the world, Whitley wanted an opportunity to put her faith into action and help those struggling in her own backyard.

“We wanted to give believers, other people in the church, an opportunity to walk out their faith, “she said.

In August of last year, Whitley, who now resides in Locust, started the faith-based nonprofit organization Faith Alive Ministries, which targets the most vulnerable in the area. Not having a lot of experience in the nonprofit world, Whitley, who is a nurse by trade, said Gina Russell, executive director of The Pregnancy Resource Center, was a “huge asset” in getting the organization up and running. Russell is also part of Faith Alive’s leadership team.

Whitley wanted to focus on helping widows and orphans (or at-risk children), who, she said, “are the most vulnerable and often the most overlooked.” 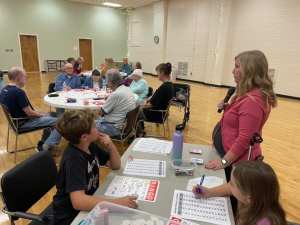 Over the past year, Whitley and several volunteers have worked to improve people’s lives in small but impactful ways, such as providing yard work and delivering food from SCCM’s food pantry to widows and partnering with Stanly County Schools to provide assistance, including food and clothing, for at-risk children.

“The coolest thing over the last year that I have learned is that there are so many resources available in the county,” Whitley said. “I like to think of us kind of as a connector. So as we identify needs, even if it is something that our ministry does not meet, we can point them in the right direction, so they don’t feel totally lost.”

Moving forward, Whitley wants to expand the nonprofit’s footprint to help as many people as possible. She has recently made connections with an orphanage in Pakistan.

Making her first trip to India

Despite being busy getting Faith Alive off the ground, in what was a full circle moment for Whitley and her husband, they were able to travel to India for a week last month to visit the orphanage and finally meet in-person the many kids they had come to know virtually.

“It was honestly very overwhelming for me,” she said. “It was finally seeing a dream I had as a child come true many years later.”

Whitley has created a child-sponsorship program, where people can provide monthly financial support for children in India and interact with them via Zoom. She plans to make another trip to the country next year with some of the sponsors.

Whitley and TJ even organized an event where around 150 children from the orphanage and the local village came out to listen to Bible stories and receive gifts from their sponsors.

Whitley recalled the night before she and TJ were set to come home, many tears were shed since the children had become a second family to them.

Though Whitley and TJ have six children, “now we say we have 29 children that are overseas,” she said. 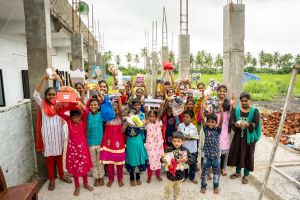 Children at the Indian orphanage receive gifts from their sponsors. (Contributed)

For more information about Faith Alive or to volunteer with the organization, call 704-781-8974 or email the group at faithaliveministries217@gmail.com.