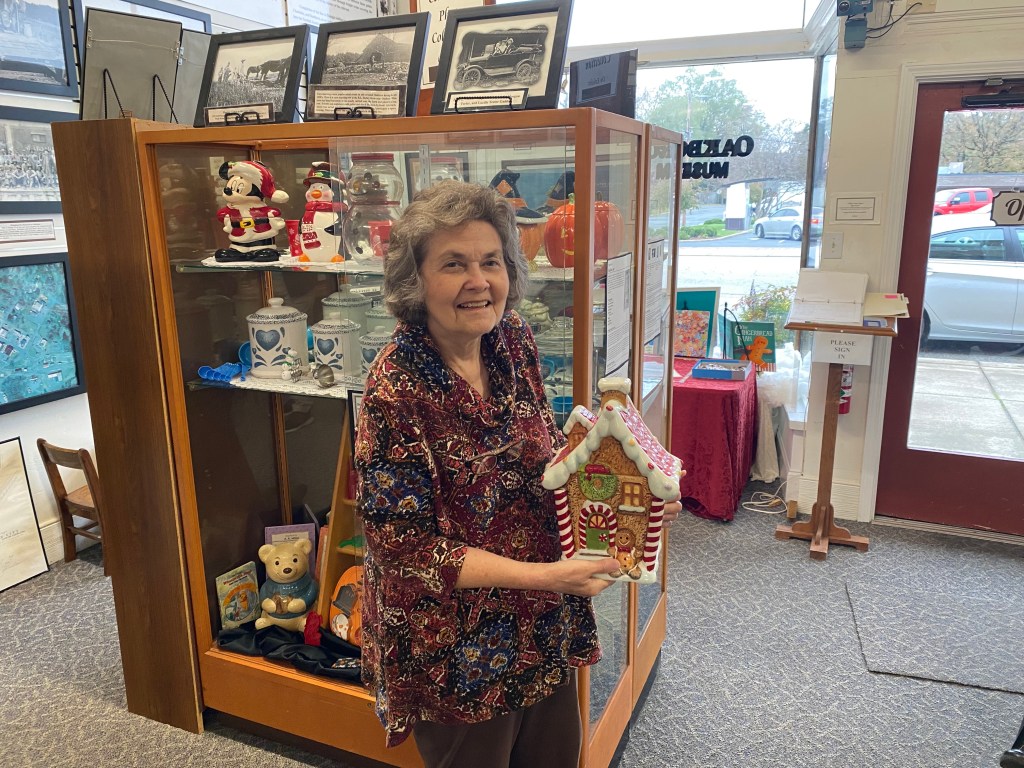 As a longtime first grade teacher, one of Jane Barnhardt’s favorite books to read to her students was “Who Took the Cookies from the Cookie Jar.”

“It’s a wonderful book for teaching kids to read,” she said.

It also is the name of the latest exhibit at the Oakboro Regional Museum of History, the third this year behind a collection of Peanuts comic strip and NASCAR memorabilia. The idea to feature cookie jars came about during a meeting earlier this year of the Oakboro Regional Historical Foundation’s committee which oversees the museum, and it just stuck.

“We come up with these ideas when we meet and everybody throws out ideas,” said Barnhardt, who is the museum director. “And somebody said, ‘Well, what about cookie jars’ and I said, ‘That’s great.'”

Barnhardt began collecting cookie jars from people in the community in early October and the exhibit opened to the public at the beginning of the month. It will run through the end of the year.

There are currently 35 cookie jars on display, depicting all kinds of characters including Mickey Mouse, Winnie the Pooh, Fred Flintstone and Santa Claus, to name a few, and more are on the way. Barnhardt estimates she could end up with as many as 50. 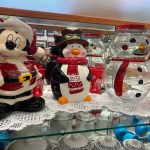 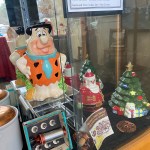 “These cookie jars provide a glimpse into past days when mothers baked homemade cookies and evoke sweet memories of home life,” according to a recent newsletter from the Oakboro Regional Museum of History.

While cookie jars had been prevalent in England since the latter part of the 19th century, they became popular in America during the Great Depression beginning in the 1920s. As a rather cheap item, cookie jars became a popular way of decorating homes.

Several Oakboro Choice STEM School classes have already toured the exhibit, which will be open from 5 p.m. to 6:30 p.m. on Dec. 1 right before the start of Oakboro’s Christmas parade.

“The kids loved them,” she said, noting they especially enjoyed seeing several of the kid-friendly jars, such as Santa and Winnie the Pooh.

“I think the it’s the uniqueness of them,” Barnhardt said about the cookie jars’ appeal. “There are no two alike.”

Some of the cookie jars, including a clown and a pottery apple, are quite old, dating back to the 1940s and 1950s and most of them were given as gifts.

Barnhardt has two of her own jars on display, Mickey Mouse and a gingerbread house, while her sister, Millie Prothero, has a Jack-O-Lantern jar. Rex Measmer, who owns Wayside Family Restaurant in town, and his wife Molly also have several jars on display: Fred Flintstone, a beehive, a basket of eggs and basket weave. 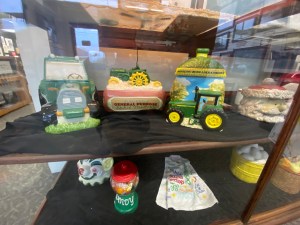 A variety of cookie cutters are also featured along with an old set of instructions regarding how to make Granny’s Sugar Cookies, which Barnhardt happened to find in a cookie press. She is passing out copies of the instructions to anyone coming to look at the exhibit.

There is also an uncompleted holiday puzzle that kids can work on.

In the window display as people come in are several children’s books about the gingerbread man and cookies, including “Who Took the Cookies from the Cookie Jar,” which takes Barnhardt back to her teaching days.

“I love teaching,” she said, calling herself a kid at heart. 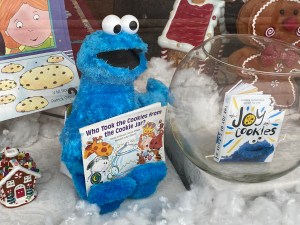