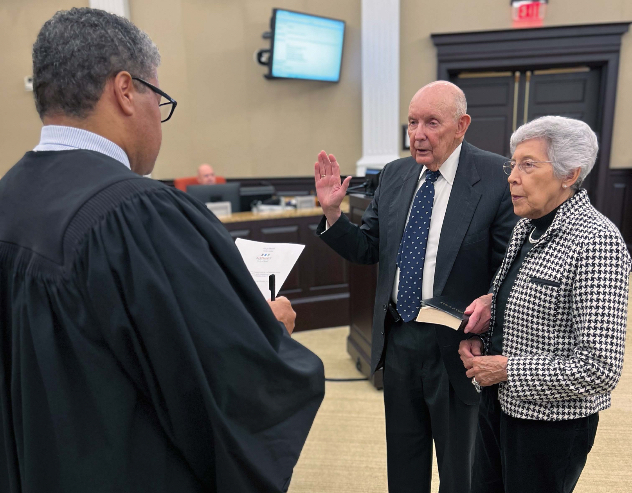 The Albemarle City Council welcomed two new members to Council on Monday as the newcomers, elected last month, were all sworn in before family and friends in Council Chambers at City Hall.

Both Starnes Bramlett Jewelers owner Chris Bramlett, who was previously elected to the position in 2015 and is again a councilmember At-Large, and David Hunt, former Albemarle Police officer who now represents District 2, were sworn in by Superior Court Judge Kevin Bridges, as was incumbent Chris Whitley, who was reelected to represent District 4. 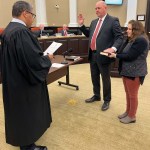 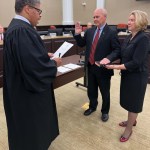 “I appreciate the privilege of serving on this board,” Bramlett said. “I guarantee you one thing: I will do everything in my power to make Albemarle a better place and a great place to live for all of you and me.”

Hunt, who had never been on council before, acknowledged serving as a council member would be a learning experience but said he was looking forward to “this opportunity to continue to serve the citizens of the city.”

Whitley, who has been on the council for nine years, said he was “pleased and honored to be back here” and was looking forward “to another four years of continuing some of the work that we’ve started.”

The new council then voted to unanimously reelect Martha Sue Hall to serve as mayor pro-tem. 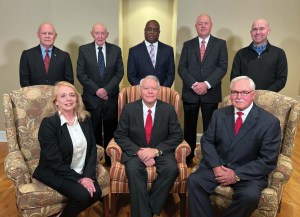 Before the swearing-in process, outgoing members Shirley Lowder, who represented District 2 since 2018, and Martha Hughes, who was council member At-Large for the past nine years, took a few minutes to talk about what being on the council had meant to them.

“I’ve been very blessed with getting to serve on this council,” said Lowder, who spent more than three decades working as a nurse/social worker for Stanly County Schools, adding that she wished the best for all of her colleagues going forward.

“It has been my honor to serve the citizens of Albemarle,” said Hughes, who is employed at Uwharrie Capital Corp., adding that more work is to be done and she looks forward to seeing the “future successes of the city.” 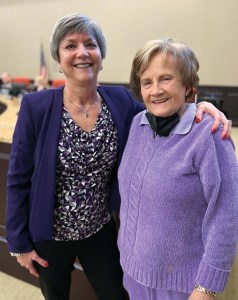