Dustin Lisk, who will serve another term on the Stanly County Schools Board of Education after winning reelection last month, offered up his vision for the board’s future during Tuesday’s meeting, especially in regards to how it interacts with another board in the county.

“In my opinion, we’ve got to have a strong relationship with our county commissioners,” he said during closing comments. “These two boards have to work hand-in-hand to tackle some of these issues that we have. And we can’t do it without them, and we have to not work against them and we need to work with them.” 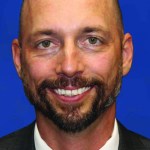 Several school board members last month convened a meeting with County Commissioners Peter Asciutto, Bill Lawhon and Mike Barbee to talk about a host of issues, including school funding, facility needs and curriculum opportunities, Lisk said, adding he thought it was a “very good meeting.”

With the state providing more than $350 million in lottery funds towards building and repairing school facilities, Lisk was adamant that Stanly County Schools “get a piece of that money. We got a lot of needs and we need the county commissioners on our backs.”

“If there’s one thing I’m gonna do on this board, it’s to try and bring us all together and work together on behalf of the people,” Lisk concluded.

Comments from Whittaker and Graves

Lisk, who represents District 1, has been on the school board since October 2021, when he was selected by the Stanly County Republican Executive Committee to replace Jeff Chance. Both Lisk and Robin Whittaker, who previously served on the board for 10 years and defeated At-Large school board member Anthony Graves in the May primary, were sworn-in Tuesday. 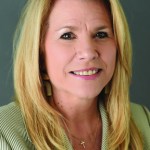 “I look forward to serving for the next four years,” Whittaker said during closing comments, noting that a lot has changed since the last time she was on the board in 2010. “To the citizens of Stanly County, I just want to thank you for putting your faith in me and your trust in me.”

“I’m just excited to be serving on the board again and I’m looking forward to the progress that I know this board will make over the next four years,” she added.

Anthony Graves, who had been on the board since 2018, spoke briefly during public comments, congratulating Lisk and Whittaker and noting it had been an “honor and pleasure to serve on the board with all of you.” 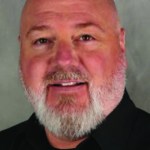 Graves told The Stanly News & Press before Tuesday’s meeting that his proudest accomplishments during his tenure were playing a role in the school system’s ability to “get creative and maintain the option for live, in-person learning” for students during a time when most educational systems across the state were operating remotely, and helping pass a school calendar, which will take effect next year, that makes it possible for SCS students to take their exams before the holiday break.

Graves also emphasized how proud he was of the leadership the board exhibited during the Covid-19 pandemic.

“I have always stated that the school system is the single most important institution in the county when it comes to impacting the social and economic health of our community, both now and in the future,” he added. “Consequently, it is my intention to continue to advocate for the school system even though I no longer serve on the board.”

During the meeting, Glenda Gibson was again selected as school board chairwoman, a position she has held since last October, and Carla Poplin was selected as vice chairwoman.

The next school board meeting is scheduled for 7 p.m. Jan. 3, 2023, in the Gene McIntyre Meeting Room.