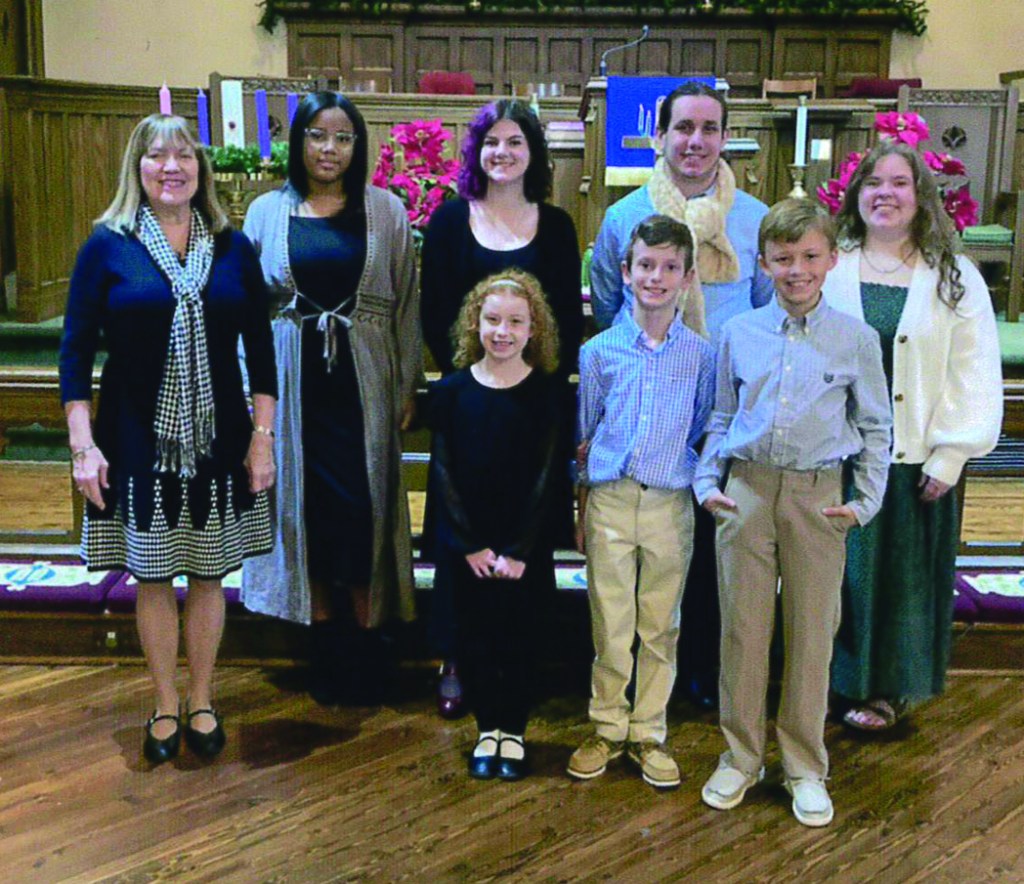 Cooper opened the concert with a convocation.

Brooke Allen sang “Mary Did You Know” by Jack Schrader, accompanied by Cooper.

Crump debuted “Lord, I Want to Be a Christian” on the pipe organ.

Korzelius was the guest performer. He is pursing a music degree at Appalachian State University. He also performed Praeludium in A Minor by Georg Bohm on the Schantz pipe organ.

The concert concluded with “The Birthday of a King” duet by Sandy Wilkerson with Cooper and Korzelius.