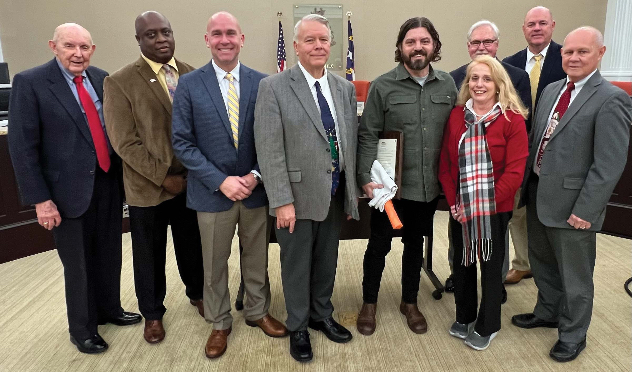 It was a homecoming of sorts for one well-known Albemarle native, who received a special honor during Monday’s city council meeting.

Contemporary Christian singer, songwriter and worship leader Josh Baldwin was recognized by the council “as a symbol of our commitment to recognize the value of arts in all forms,” according to the proclamation from Mayor Ronnie Michael, which was unanimously approved by the council.

“We appreciate what you do and we appreciate the recognition you give us and the county across the United States,” Michael added. 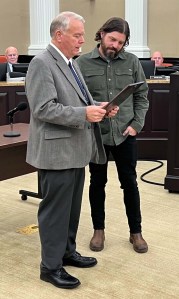 Baldwin has released five albums since 2008, including “The War is Over,” “Evidence” and “Where the Glory Is,” which have all been while he has been with Bethel Music. Baldwin’s 2018 song “Stand in Your Love” reached No. 2 on Christian Billboard charts, garnering his first nomination for the 2019 K-Love Awards in the “Breakout Single of the Year” and “Worship Song of the Year” categories, according to his website.

His songs “Praises” and “You Deserve It All” (from his solo album “Rivers”), per his website, have “become popular worship anthems among churches around the world.”

“This is the town where I fell in love with music and Jesus,” Baldwin, 43, said at the meeting with his family by his side. He drove around the city earlier Tuesday, visiting the high school and the homes he grew up in.

“This is so special and so sweet,” he added. “I’m very, very honored. Thank you so much.”

Baldwin’s first introduction into the world of music was playing drums for his father’s worship services as a young child. He eventually began leading services and playing the guitar during his years at Albemarle High School. He served as a worship leader for several churches in North Carolina, including in Charlotte and Wilkesboro.

He now resides in Franklin, Tennessee with his wife Sheila and their two children.