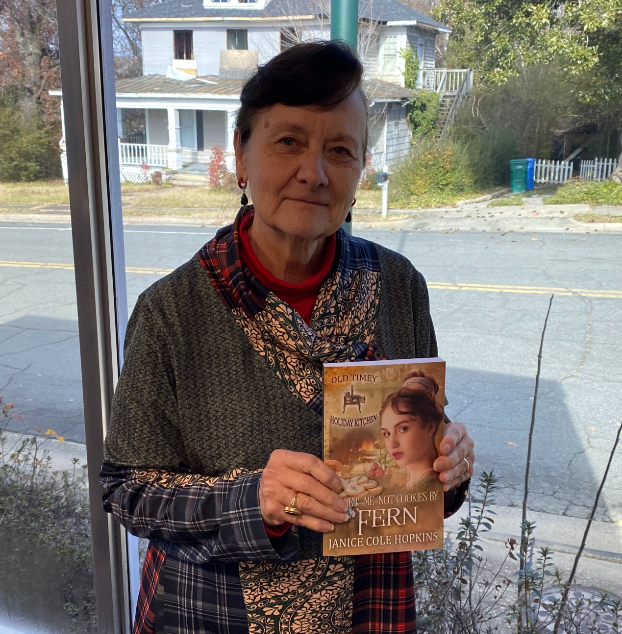 Janice Cole Hopkins is set to publish 10 books by the end of 2022, including one set in Big Lick called "Forget-Me-Not Cookies by Fern."

As one of Stanly County’s most prolific authors, Oakboro resident Janice Cole Hopkins never seems to slow down. She is set to publish 10 novels this year and plans to be even busier in 2023, when she plans to publish 15 books.

“I say it’s my second career, but I feel like it’s also a calling,” Hopkins said, noting that it typically takes her about a month to produce a rough draft, during which time she is writing about eight to 12 hours each day. Wanting to give herself ample time, she writes each book about six months ahead of time.

“I hate to write under push deadlines and it becomes not fun and I’m doing this because I love it,” she said.

Her love for writing started as a young child. Originally from Wilkes County, Hopkins began writing her own stories by the time she was in third grade and was writing published poetry by eighth grade. She also later wrote for local magazines, including Our State, while she taught at Oakboro Elementary, where she spent 25 years.

It was not until 2012 when Hopkins, 74, wrote her first book; two years later, she published her first novel, “Cleared for Planting,” which was part of her Appalachian Roots series. Hopkins has now written 52 novels, which she says are inspirational and revolve around Christian themes.

One of her latest, a 233-page romance novel called “Forget-Me-Not Cookies by Fern: Old Timey Holiday Kitchen,” published in late October, is largely set in Stanly County during the end of the 19th century. Having her stories set in Stanly has been a rarity for Hopkins, as only four of her novels take place in the county, although a book coming out next fall will partially be set in Locust.

When 18-year-old Fern Russell, who lives in Carthage, gets caught disobeying her parents by sneaking off and seeing a boy they don’t approve of, she gets sent to a boarding school in Big Lick. While there, she is soon torn between the affections of the older son of the family she lives with and her beau back home in Carthage. Russell bakes both men forget-me-not cookies, as she works to figure out which one she should be with.

“I hope they enjoy the story, but I hope they see that sometimes you need to be patient to find out what the future holds,” she said. 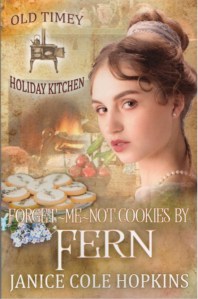 “Forget-Me-Not Cookies by Fern” was published in late October.

The book is part of the “Old Timey Holiday Kitchen,” a series of books written by numerous authors, including Hopkins, which are unified around the theme of food. A recipe for the forget-me-not cookies is listed in the back.

Hopkins’ other books in the series involve sauerkraut cake and walnut cake. Another will come out next August and will focus on an upside-down cake.

Like some of Hopkins’ other books set in Stanly County, including “Unexpected,” published in 2020, which involves a love triangle set in Oakboro, “Forget-Me-Not Cookies” was inspired by real locations and people. The boarding school in Big Lick, for instance, was modeled after Big Lick Academy, which was founded in the late 1800s, and one of the characters, Professor C.J. Black, was based on the real-life founder of the school.

“I always wanted to write a book set in Big Lick Academy,” she said, noting she taught English and history at Oakboro. In order to make the book as accurate as possible, Hopkins spent time at Stanly County History Center in Albemarle and the Oakboro Regional Museum of History, researching all she could about the school.

Her books can be found on Amazon or at the Stanly County Public Library. All profits for her books go to a scholarship for missionary children in Oaxaca, Mexico.