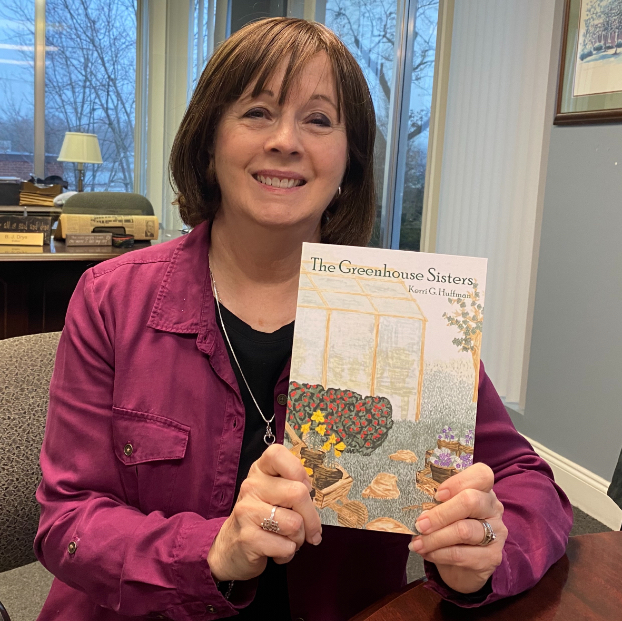 During her 36-year career as an English teacher at North Stanly High School, Kerri Huffman enjoyed the chance to unleash her creative side through the written word. She wrote numerous plays for her students to perform, including Louis Cato, bandleader for “The Late Show with Stephen Colbert,” and also comprised poetry to honor retiring teachers and staff.

“I think writing is nice because you can personalize so much of it,” she said.

Despite all she accomplished and completed during her tenure at North Stanly, including achieving Stanly County Teacher of the Year honors, founding The Comet Players Theatre Program, serving as yearbook advisor and a Teacher Cadet instructor, Huffman never had the chance to do something that has always been on her bucket list: write a book.

That changed recently as Huffman, who retired in the fall of 2020, published in October her debut novel “The Greenhouse Sisters.” The process was a family affair, as her son-in-law, Matthew Leonard, was the cover artist.

“This is something I always wanted to do, so when I retired and suddenly had all of this time, I needed something creative to do,” Huffman said.

Set in North Carolina, the book, which is relatively short with only 149 pages, centers on the Green sisters — Lily, the oldest and the narrator, Violet and Rose — following them from childhood through adulthood, focusing on the trials that come with getting older. With the knowledge that they come from “good soil” (their father operates a greenhouse, growing tropical flowers), the sisters learn that each are on their own path in life which they must discover in order to find their passion or “simple joy,” as Huffman puts it. 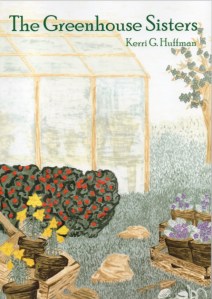 Harkening back to her teaching days, the book was based on a funny play she wrote for the North Stanly faculty about a picnic involving three sisters.

Several aspects of Lily’s character are based on Huffman, including that she is also a teacher and attended college in the mountains. (Huffman is an Appalachian State University graduate.)

Even though Huffman is not a skilled gardener, she structured her novel around plants, which serves as a key metaphor: Just like flowers need love and attention in order to grow and blossom, so do people, including the Green sisters.

Huffman wrote the book to appeal to all kinds of people, noting that the novel’s themes of standing strong, finding good soil and discovering simple joys can be applicable to anyone.

“I hope they’ll see themselves somewhere in the book,” she said.

At the heart of the novel, “it’s a family story,” Huffman said, noting that many of the significant milestones of life, including getting married and dealing with challenges, such as the death of a loved one, are included.

“It’s not a Hallmark story,” she said. “There’s very sweet wonderful stories intermingled, but there is sadness and there is tragedy.”

While she is not sure about another book chronicling the lives of the sisters, many people close to her have inquired about a sequel. Huffman said she is open to writing more books in the future.

“The Greenhouse Sisters” is available on Amazon and Huffman plans to provide a copy to the Stanly County Public Library.