After almost 50 years of serving as a healthcare provider and 20 years of practice at the John P Murray Community Care Clinic, Phyllis Kupsick has decided it is time to retire.

Retirement will give her more time to enjoy her growing family, which includes three children, eight grandchildren and seven great-grandchildren. 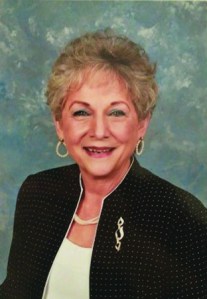 Phyllis Kupsick is retiring after almost 50 years of service to the community. (Contributed)

Kupsick began her career as a licensed practical nurse in the 1970s. Being highly motivated, she realized more education was needed to achieve her goals. She received her Bachelor of Science degree in 1992, and by 1999 she had completed her degree as a family nurse practitioner.

Kupsick has spent her entire career in Stanly County.

At Atrium Health Stanly, formerly known as Stanly Memorial Hospital, she worked as a staff nurse, the director of education, a director of a rehabilitation unit and the director of the first wound ostomy and continence care clinic in Stanly County.

Upon completion of her nurse practitioner degree, Kupsick moved from the hospital setting to private practice, working at Revelston and Central Carolina Medical for many years. Kupsick started the diabetes clinic at John P. Murray Community Care Clinic in 2003 and has also worked as needed at the Stanly County Health Department.

Through all these accomplishments, Kupsick has found time to be involved in multiple professional associations and has served as president for the National Wound, Ostomy, Continence Nurses Society.

“Phyllis Kupsick will be missed greatly by patients and colleagues,” said Chris Vaughn, executive director of the John P. Murray Community Care Clinic. “She has provided quality care with compassion and humor. Over the years she has taught and encouraged the next generation of healthcare leaders.

“She will be remembered as a ball of energy outworking those around her,” Vaughn added. “It is time to relax and focus on her most important job title — mom and grandma.”